Here's everything you need to know about the world of television for Thursday, May 6th, 2021. I'm writing this from the Twin Cities suburbs, where AllYourScreens HQ is powered by an unsettling amount of coffee

NBCU EXPLORES SELLING OFF ITS SPORTS NETS
While there are positives to be owned by Comcast, I've long argued that NBC Universal would have a better future if it wasn't owned by Comcast. Yes, Comcast has deep pockets and their size gives NBCU some leverage in negotiations. But there are more times when NBCU's best move is to do something that conflict's with the future plans of it parent company. One example of that comes from The Wall Street Journal, which reports that Comcast blocked NBCU from streaming NBCSN's local Philadelphia sports net:

NBCUniversal has explored putting its regional sports channels on the streaming service Peacock or selling them off, as the company tries to figure out a future for a business under increasing stress, people familiar with the situation said.

Early this spring, NBCUniversal planned to start streaming NBC Sports Philadelphia, which broadcasts the city’s pro basketball, baseball and hockey games, the people said. The goal was to be up and running in time for the Major League Baseball season that began in April.

The plan was halted over concerns that it would conflict with the broader streaming strategy of NBCUniversal, a unit of Comcast Corp . , the people said.

NBCUniversal is still considering options for streaming its sports channels on Peacock, the people familiar with the situation said. The company also is exploring whether to sell off the networks and sees the teams associated with them as potential buyers, some of the people said. Teams often hold an equity stake in the networks that air their games.

IMDb TV WANTS TO WIN THE FREE TV WARS
In his free "Buffering" newsletter, Vulture's Joe Adalian talks with IMDb TV's with Lauren Anderson and Ryan Pirozzi, who are the co-heads of programming and content for the ad-supported streaming service IMDB TV.  They have a lot to say, including defining the difference between Amazon Prime and IMDb TV:

What’s the difference between Prime Video and IMDb TV? I know you’re free. But a lot of people already think of Prime Video as free, since it’s included with the overall Prime two-day shipping plan. Why does there need to be an IMDb TV when Prime Video already has 200 million subscribers?

Ryan Pirozzi: I think the best way to say it is, Amazon Studios is programming two services now. A subscription service in Prime Video, and an ad-supported service in IMDb TV. And what that allows us to do is open up the aperture of people we reach. I like to talk about these two big groups of customers. We’re delighting Prime members who want more selection and are willing to watch ads to get it. And then we’re also delighting people that don’t want to be behind the paywall for one reason or another. I do think that these services should be complementary to one another. They will not feel the same.

You should read the entire interview when it posts on Vulture and you can subscribe to the free newsletter here.

My biggest surprise of the interview is that while Joe asked the duo several programming questions, I expected to hear at least one question asking them why IMDb TV isn't including more obscure classic TV in its programming mix, given that those shows are a particular sweet spot fore Joe (as well as for me, to be honest).

Other panels include a "Channel Changers” conversation with top executives from HBO Max, NBCU, OWN, 20th Television and Starz;  finale panels for Younger and The Bold Type ;  Angelica Ross will receive the inaugural "Breakthrough Award" and The CW will host Walker Music Showcase and The Republic of Sarah Panel

* Amazon is adapting the podcast From Now into a TV series. In the podcast, Richard Madden and Brian Cox play identical twin brothers separated by time. The story chronicles the aftermath of their historic reunion when astronaut Edward Fitz’s (Madden) spacecraft suddenly reappears in Earth’s orbit after having gone missing 35 years earlier -- and Edward emerges looking the exact same age as when he left.


CLASSIFIEDS:
Experience The Stream TV Show
Join the television community this June 15-17 at the largest event covering the biggest trends and topics in the industry today. We'll gather virtually with thousands of peers for keynotes, interviews, panels, case studies, an analyst roundtable, and more during the three day event. We'll have live chat and Q&A for front row access to speakers and sponsors unlike anything you've experienced before. PLUS - our networking feature will connect you for one-to-one meetings with those that share your same interests. Register for free here. 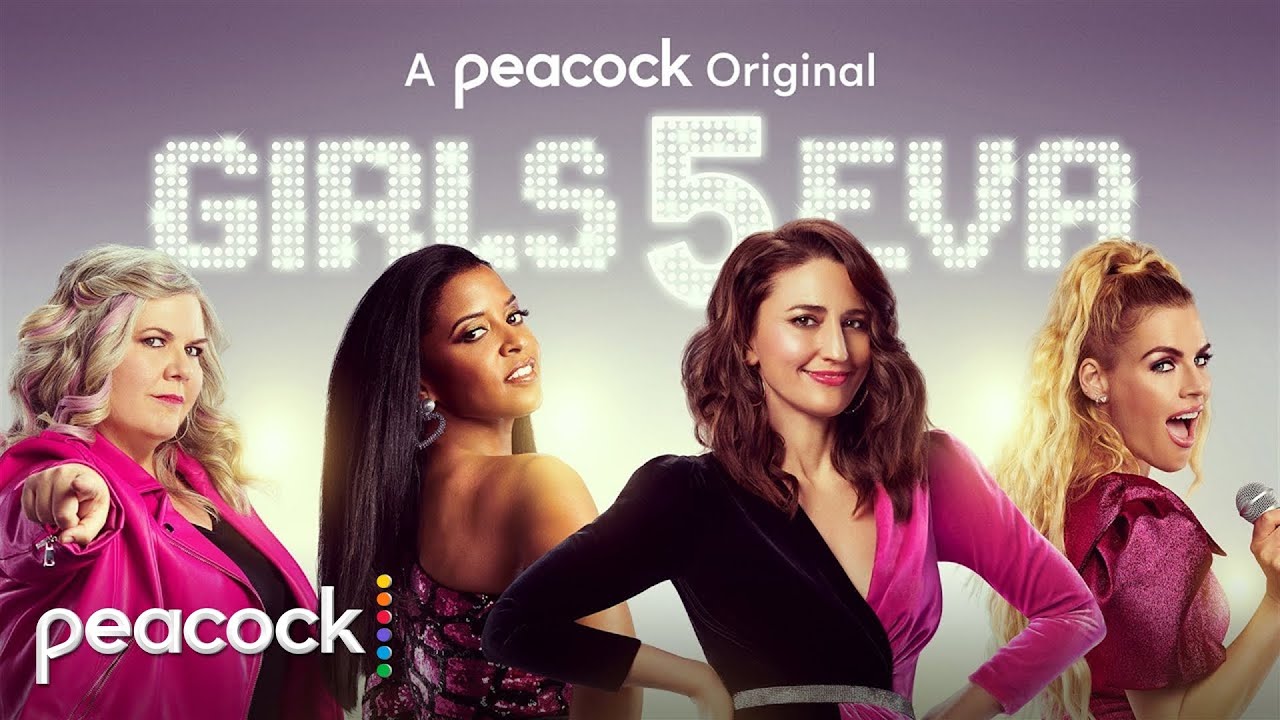 TODAY'S PREMIERES
1) And Tomorrow The Entire World (Netflix)
How to save the world? Trying to turn helplessness into something meaningful, a law student increasingly turns to violence.

3) Dark Side Of The Ring Season Premiere (Vice)
Exploring the darkest stories from the golden age of professional wrestling and trying to find the truth at the intersection of fantasy and reality.

4) From Cradle To Stage Series Premiere (Paramount+)
Each episode of the six-part series features an artist and their mother, including Imagine Dragons’ Dan Reynolds, Pharrell Williams, Miranda Lambert, Brandi Carlile, Rage Against the Machine’s Tom Morello, and Rush’s Geddy Lee- alongside Dave Grohl and his mother Virginia- as they share stories about their upbringing and the tools they received as a young talent to navigate the turbulence of success.

5) Girls5eva Series Premiere (Peacock)
When a one-hot wonder girl group from the 1990s get sampled by a young rapper, its members reunited to chase one last chance at a pop star dream.

6) Homestead Rescue: Rainey Ranch Season Premiere (Discovery)
The Rainey Clan races to finish two cabins before snow hits. Marty takes a devastating fall and in danger of losing everything, the Raineys must rally to finish the cabins, harvest the garden and mount a moose-hunting expedition.

7) Legendary Season Two Premiere (HBO Max)
This season features ten new houses igniting the catwalk to battle for the legendary trophy and the $100,000 cash prize. Each episode is a themed extravaganza to see who will be named superior house and move one step closer to becoming "Legendary."

10) The Drowning Series Premiere (Acorn TV)
Since losing her son eight years ago, Jodie (Jill Halfpenny, Dark Money, Liar) has been rebuilding her life, but when she catches sight of a teenage boy Daniel (Cody Molko), she is convinced she has found her missing son. Whether she is right or not, in that moment her spark of hope is reignited, and she commits to a dangerous and transgressive path that will take her to the edge of reason. How far will she go to find her missing child?   Also starring Jonas Armstrong (Ripper Street, Line of Duty), Deborah Findlay (Vanity Fair) and Rupert Penry-Jones (Whitechapel, Stan Lee's Lucky Man).