Here's everything you need to know about the world of television for Tuesday, May 4th, 2021. I'm writing this from the Twin Cities suburbs, where AllYourScreens HQ is powered by hot cinnamon tea and some sort of light potato soup. Yes, it tastes as good as it sounds.

And Happy Star Wars Day (aka #MayThe4thBeWithYou) to those of you who observe the holiday. Today is a reminder that Disney+ has still failed to give the greenlight to the most needed new Star War series: Jar Jar Binks: Sith Lord.

GEN-Z AND HOW THEY CONSUME VIDEO
Gen Z audiences still watch long form content on TV and benefit from personalized, interactive TV set experiences that get them even more connected, according to a new Gen Z sturdy just released by Horowitz Insight: 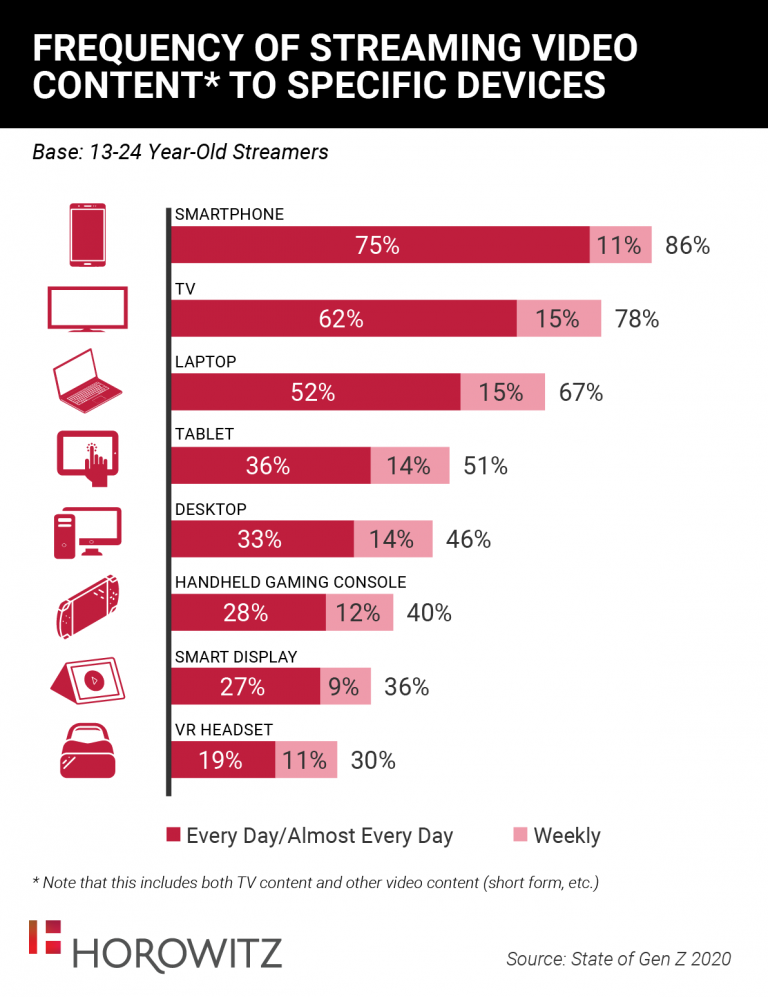 ASSEMBLING THE BEST BUNDLE
The annual Best Bundle study from Hub Entertainment Research has found that consumers feel compelled to sign up for multiple streaming services, or risk missing out and the average US consumer now uses close to six different sources to meet their TV viewing needs:

The research found fundamentally that with all the top streaming platforms touting exclusive content, the average number of individual TV services consumers use to meet their viewing needs continues to climb steadily. It calculated that the typical consumer accesses 5.7 different sources of TV content, including traditional pay-TV service, all available streaming services, and over-the-air reception through an antenna. Hub noted that this number has jumped by nearly one full service since just last year and is almost twice as high as it was in 2019.

Close to four-fifths of TV consumers now use a streaming TV service, 19 percentage points higher than the proportion who have a traditional pay-TV subscription (cable, satellite or telco). The proportion with traditional pay-TV has dropped 7 points since the same time last year. Moreover, the percentage of viewers using any streaming TV service was up only 2 points since last year.

Among some of the other takeaways, this is good news for newer streaming services such as Peacock and HBO Max:

Going forward, Hub’s cautioned that the industry should not expect the size of consumers’ bundles to shrink. Just over a fifth said they plan to add new services in the next six months and among those who plan to add, a strong majority say they’ll add without cutting anything they have currently. In fact, said Hub, those who currently had four or more services, and who expect to add new services, were even more likely to say they’ll keep everything they have (78%) without replacing anything.

TIM HEIDECKER AND LIFE AFTER ADULT SWIM
When Adult Swim shut down its streaming service and digital video wing last November, one of the biggest casualties was the podcast-turned multimedia production On Cinema. In response, Tim Heidecker and Gregg Turkington launched the HEI Network platform at the end of 2020, an independently run website for all things On Cinema, complete with a subscription service that will grant fans access to (and finance) all future On Cinema outings.

Heidecker spoke with Vulture's Chris Kopcow about the decision, including the downsides of working with a major media company:

So if given the opportunity to work with Adult Swim or another network again, would you take it? Or do you want to see how far you can take the independent distribution model?

I mean, the creative relationship with Adult Swim was always great, but it’s always come down to money and who can pay for it. With On Cinema, there was never really an understanding of what it was there. There was one Oscar Special — not the last one, but the one before — where I realized they hadn’t tweeted on social media to let anyone know that it was happening. It was the day of, and I wrote, like, “What’s happening? You guys are paying for this. Why don’t you want to let people know?” It was an oversight, but it was sort of like, “You guys don’t seem to really be into this show.” And there’s a world out there that really loves it. I just want to have a partner that’s excited about it and doesn’t feel like it’s a burden or has an obligation to it.

And for whatever reason, I see this happening a lot when it comes to PR efforts. Shows fall through the cracks or the decision is just made to devote promotional efforts elsewhere. And yes, NBC I am looking at you and you're half-hearted efforts to promote Debris.

AMAZON PRIME TAKES OVER EXCLUSIVE THURSDAY NIGHT FOOTBALL GAMES A YEAR EARLY
Amazon.com Inc. will take over exclusive video rights for “Thursday Night Football” starting in the 2022-23 season, a year earlier than anticipated, the company and the National Football League said Monday. Amazon was originally set to take over the rights for the 2023-2024 season, but Fox has agreed/decided to give up its Thursday night broadcasts a year early:

Terms, including the cost of acquiring the additional year of rights, weren’t disclosed. In March, Amazon signed a 10-year deal with the NFL to stream 15 games per season on its Prime Video platform. The average annual rights fee is around $1.2 billion and that is the price tag for the additional season, people familiar with the matter said.

In a memo sent to team owners reviewed by The Wall Street Journal, the NFL said, “The decision to accelerate the launch of TNF on Amazon for the 2022 season creates incremental economic and strategic value for the League and our fans."

In a related move, the NFL Network will no longer carry Thursday Night Football after the upcoming season. NFL Network still will have seven regular-season games, mostly made up of late-season Saturday matchups.

All of this seems to be an effort by the NFL to conduct an experiment about the ability of a streaming service to provide not just the revenue the league needs from its media partners, but also the engagement. While the viewership for the Thursday Night Football games is likely to be substantially less than the current Fox/NFL Network combination, the viewer numbers will matter less to the NFL if Amazon shows that it can provide a similar or better level of interest and engagement with fans.

This experiment will go a long way towards helping the various big sports league determine the ultimate future of streaming sports.

ODDS AND SODS
* The new HBO Max late night talk show Pause With Sam Jay premieres on May 21st. It will will run for six weekly episodes.

* The Hollywood Reporter has launched a redesign of its web site, the first major upgrade since 2014. My prediction: like some of the other Penske Media properties, THR is going to move towards a subscription-only access model.


CLASSIFIEDS:
Experience The Stream TV Show
Join the television community this June 15-17 at the largest event covering the biggest trends and topics in the industry today. We'll gather virtually with thousands of peers for keynotes, interviews, panels, case studies, an analyst roundtable, and more during the three day event. We'll have live chat and Q&A for front row access to speakers and sponsors unlike anything you've experienced before. PLUS - our networking feature will connect you for one-to-one meetings with those that share your same interests. Register for free here. 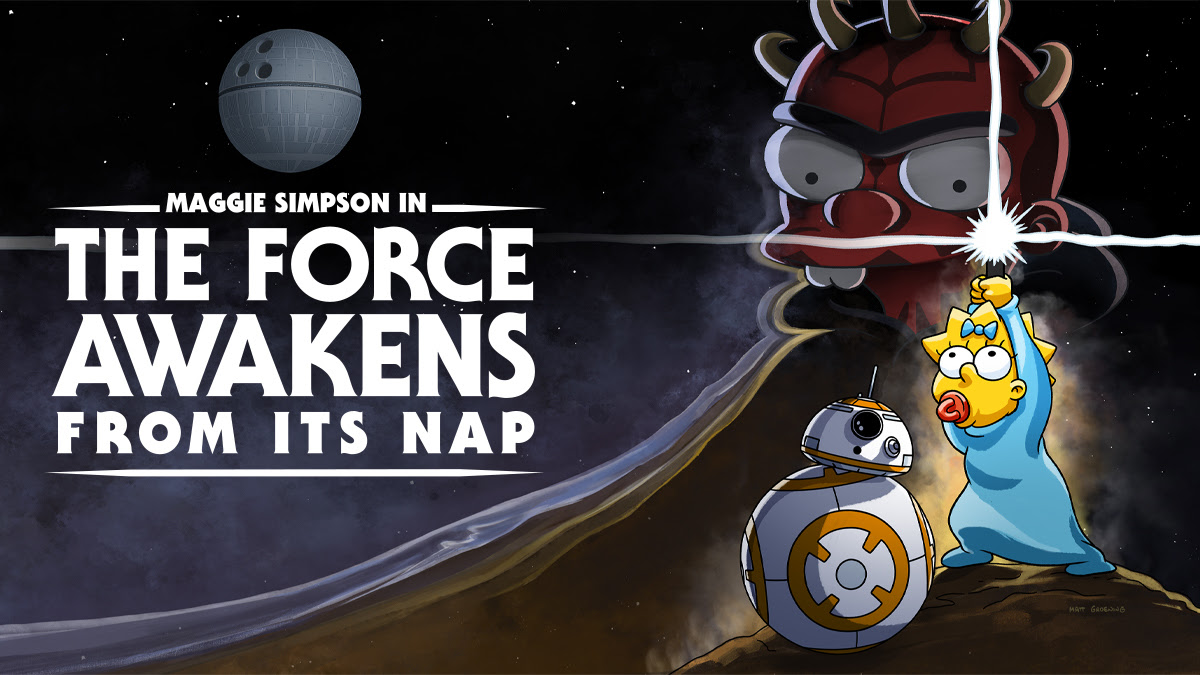 TODAY'S PREMIERES
1) Catfish: The TV Series Season Premiere (MTV)
Apparently there is an endless number of MTV viewers who have both been catfished and who are willing to admit it on global television.

2) Maggie Simpson In The Force Awakens From Its Nap (Disney+)
"In a daycare far, far away… but still in Springfield, Maggie goes on a quest for her lost pacifier in this new short."

3) Selena: The Series, Part Two (Netflix)
"As Selena's career gains momentum, the singer fights to remain true to herself, spend quality time with her family and expand her businesses."

4) Star Wars: The Bad Batch Series Premiere (Disney+)
"This new series follows the elite and experimental clones of the Bad Batch (first introduced in “The Clone Wars”) as they find their way in a rapidly changing galaxy in the immediate aftermath of the Clone War. Members of Bad Batch—a unique squad of clones who vary genetically from their brothers in the Clone Army—each possess a singular exceptional skill that makes them extraordinarily effective soldiers and a formidable crew." Although doesn't the idea of having a bunch of clones with individual personalities and skills seem a bit un-clonlike?

5) The Real Housewives Of New York City Season Premiere (Bravo)
"The Upper East Side welcomes back Luann de Lesseps, who is excited to settle into her new space, be closer to friends, and even spark up a new romance. Luann is thrilled to be cooking up a new single and video with the help of the ladies – her support system as she gets back on a path to sobriety following a small slip up over the summer. "

6) The Secret Of Skinwalker Ranch (History)
There have been at least a half dozen special and series devoted to recounting to so-called mysteries of the Skinwalker Ranch. My prediction is that nothing will be resolved this time either.

7) Teen Mom 2 Season Premiere (MTV)
This show has been on so long it will soon be called "Teen Grandmom 2."

8) Trash Truck Season Two Premiere (Netflix)
"Hank, Trash Truck and animal pals Walter, Donny and Ms. Mona let their imaginations take them on heartwarming adventures in their backyard and beyond."