Here's everything you need to know about the world of television for Monday, April 5th, 2021. I'm writing this from the Twin Cities suburbs, where AllYourScreens HQ is powered by cinnamon coffee and random leftovers.

THE CASE FOR NETFLIX AND DRIVE-IN MOVIES
Last summer, I wrote a piece arguing that streamers such as Netflix which have original programming should consider screening some of their older titles in drive-in movies. And the passage of time just makes that idea seem even more practical.

One of the advantages Netflix has is that it owns an increasingly large amount of its original content. And owning things give you some flexibility in how you can use that content in marketing efforts.

It's not easy owning a drive-in or independent movie theater. It's a battle to get popular titles and even when you can, they are extremely expensive. And then there are all of the weird contractual quirks, like the one that prohibited drive-ins from screening "Tenet" unless they are located in an area where the movie also ran in traditional movie theaters. The consolidation of Disney and Fox also led to a number of Fox movie titles being pulled from future bookings in indie movie theaters. These theaters are eager to get movies that are somewhat pre-sold and can acquired at a reasonable cost.

I'd like to see Netflix begin packaging some of their older titles for limited theatrical runs. These are titles that are likely on the long tail of their streaming viewership, but still would be interesting to see on a big screen. I certainly would pay to see Extraction or Rim Of The World on a big screen. And it would be a prime chance for some customer acquisition. Offer moviegoers a special code for a 3-month discount or some similar subscription-driving offer. Odds are that people watching a Netflix movie at a drive-in are less likely to be a current subscriber than the normal random American. And given that Netflix already owns NYC movie theater that runs older Netflix titles, rolling the idea out nationally into drive-ins seems like a natural brans extension.

There are some costs to Netflix for this idea. While the company doesn't discuss the contractual outlines of their productions, I spoke to a few people on background who have done projects for the streamer. In some cases, Netflix apparently has deals which would allow it to screen a film in theaters without any additional costs. But in some cases, a theatrical run would trigger some additional payouts or require an update to the original production deal. Either way, the costs are relatively modest and there is a decent upside to the idea. Especially given the press coverage that Netflix would get for the idea.

IN THE CATEGORY OF 'EVERYTHING OLD IS NEW AGAIN'
This 2007 NY Times piece by Richard Siklos will sound familiar to anyone who has read the business pages in recent months and wondered about the sudden explosion of "special purpose acquisition corporations," or SPACs. It turns out that these investment instruments have been around for a long time:

It would be interesting to go back and see how successful these SPACs were at identifying and acquiring money-making investment opportunities. But from my brief research this morning, it wasn't the smoothest of rides for some of these SPAC's. For instance, Christopher Bogart's Churchill Ventures was formed in 2006 and did an IPO in 2007, just before the economic downturn. The fund was liquidated in 2008. Spoiler: everyone lost a lot of money. 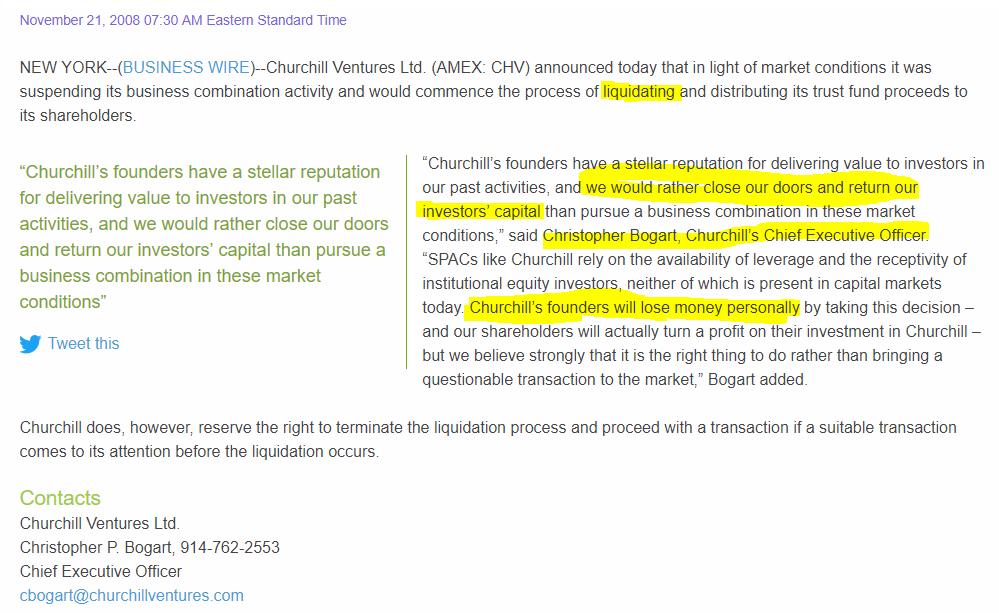 HOW NETFLIX IS CREATING A COMMON EUROPEAN CULTURE
I've frequently written about how Netflix growing reliance on internationally-produced content is changing the way many Americans view global programming. But this piece in The Economist discusses the flip side of that conversation - the way that Netflix's global ambitions have inadvertently created a common viewing experience across Europe:

"Barbarians," a Netflix drama set 2,000 years ago in ancient Germania, inverts some modern stereotypes. In it, sexy, impulsive, proto-German tribesmen take on an oppressive superstate led by cold, rational Latin-speakers from Rome. Produced in Germany, it has all the hallmarks of a glossy American drama (gratuitous violence and prestige nudity) while remaining unmistakably German (in one episode someone swims through a ditch full of scheisse). It is a popular mix: on a Sunday in October, it was the most-watched show on Netflix not just in Germany, but also in France, Italy and 14 other European countries.

Moments when Europeans sit down and watch the same thing at roughly the same time used to be rare. They included the Eurovision Song Contest and the Champions League football, with not much in between. Now they are more common, thanks to the growth of streaming platforms such as Netflix, which has 58m subscribers on the continent. For most of its existence, television was a national affair. Broadcasters stuck rigidly to national borders, pumping out French programmes for the French and Danish ones for the Danes. Streaming services, however, treat Europe as one large market rather than 27 individual ones, with the same content available in each. Jean Monnet, one of the eu’s founding fathers, who came up with the idea of mangling together national economies to stop Europeans from killing each other, was once reputed to have said: “If I were to do it again from scratch, I would start with culture.” Seven decades on from the era of Monnet, cultural integration is beginning to happen.

As a side note, I loved Barbarians, but while it was very popular internationally, it barely cracked the lower reaches of the Top Ten lists here in the U.S. While American audiences seem to be embracing some genres of international television, it's a struggle to get them to watch foreign-made comedies or more serious historical dramas such as Barbarians or La Revolution! (a French-produced drama set in the French Revolution).

THREE QUICK RECOMMENDATIONS
It's Monday, so remember to watch Debris, the fabulous sci-fi series NBC has apparently decided to pretend doesn't exist. I'll have a recap of the episode up later this evening. And you should also check out two documentaries that were released on Friday. In both cases, I didn't have a review screener ahead of time, so I'm just posting review today. Netflix's White Boy is a true crime story that will leave you enraged by the corruption of everyone from the Detroit police and the state government to the local news media. You even get to see longtime Dateline reporter Chris Hanson admit that he *might* have not been fair in his coverage of a supposed 17-year-old drug kingpin.

Hulu has We Work: Or The Making & Breaking Of A $47 Billion Unicorn, which is infuriating if you've ever had to listen to venture capitalists bray on and on about how smart they are when it comes to judging people. We Work was a disaster that most people should have seen coming. But because a lot of business reporters and investors are believers in the "all you need for success is a charismatic founder with vision," they allowed the story of We Work to overwhelm the company's actual financial story. One spoiler: this is not the documentary to watch if you are hoping to see a bad CEO punished for his hubris.

TODAY'S PREMIERES
1) Bloodlands Series Finale (Acorn TV)
When an expensive car belonging to a well-known crime associate and containing a possible suicide note is pulled out of the sea at Strangford Lough, Brannick (James Nesbitt) instantly sees the connection to an infamous cold case with enormous personal importance. It seems someone is trying to force the police to re-open their investigation into a notorious and long-buried series of mysterious disappearances just prior to the 1998 Good Friday peace agreement ending The Troubles, the violent sectarian conflict that scarred Northern Ireland for three decades. Bloodlands follows Brannick’s obsessive campaign to identify and unmask the legendary assassin behind these events, “Goliath,” nicknamed after the famous giant shipyard crane that dominates the Belfast skyline.

3) Family Reunion Part 3 (Netflix)
The McKellans may be tight on funds, but the family's never lacking in love as they power through heartache, loss and adversity of all kinds this season.

5) Hemingway (PBS)
The three-part, six-hour film examines the life and work of Ernest Hemingway, one of the most influential writers America has ever produced.