Too Much TV: Your TV Talking Points For Wednesday, April 21st, 2021

Here's everything you need to know about the world of television for Wednesday, April 21st, 2021. I'm writing this from the Twin Cities suburbs, where AllYourScreens HQ is powered by unsweet ice tea and

ADVENTURES IN STREAMING UI
It wasn't my plan, but I have apparently become known as a bit of a geek when it comes to the user interfaces for streaming services. So much so that I now have engineers and various executives from streaming services reaching out to discuss changes they are making in their UI. I also hear quite a bit from people who think I am being too hard on them. But I take that criticism as a good thing.

As I mentioned several weeks ago, Amazon recently made a seemingly minor tweak to its UI, but one that I appreciated a lot. They added a "Free To Me" link at the top of the Amazon Prime app, which allows users to see just the content available to them for free with their Prime account, as well as other free ad-supported content from IMDb TV and other partners.

While I can't share all the specifics, I spoke with an executive there this morning on background and they shared some of the initial internal feedback that came from the change. While users who typically only watched free content did watch a bit more after the addition of the link, the real increase came from users who regularly purchased movies and TV shows and/or also subscribed to one of the Amazon Channels. The working theory is that those people previously overlooked the free content in the midst of everything else they had available. And while the change did make it slightly less likely someone would make a purchase, it appears that the addition of the link managed to increase overall engagement with the free content and will probably be slightly revenue positive overall. In other words, while some money was lost due to slightly smaller numbers of people renting content, the cost is offset by increased watch time with the ad-supported programming.

Speaking of small UI tweaks, you might have noticed a slight change on Netflix. The service is apparently testing a feature that offers up direct links to subtitles and alternative audio when a program is paused. The links are directly below the progress bar and I've been told the theory is that with the increase in non-English content, engineers wanted to make it easier for users to change the subtitles and audio.

THE COSTS OF BEING A FAN
With the new Super League collapsing into a rubble of bad ideas, there are already a number of takes floating around about why the concept ultimately failed. Jon Marthaler is the Saturday Soccer Columnist for the Minneapolis Star Tribune and he posted a thread of Twitter that I think makes a point that is often missed when people talk about the business of sports: It's expensive to be a fan

ODDS AND SODS
* In a blog post on Wednesday, Roku announced that moving forward it is labeling new and acquired content as "Roku Originals." That will apply to the library of Quibi content that Roku acquired earlier this year.

* After a lot of social media support and near begging from the actor himself, Jeopardy announced its final round of guest hosts for the season and the host for the final week will be LeVar Burton. 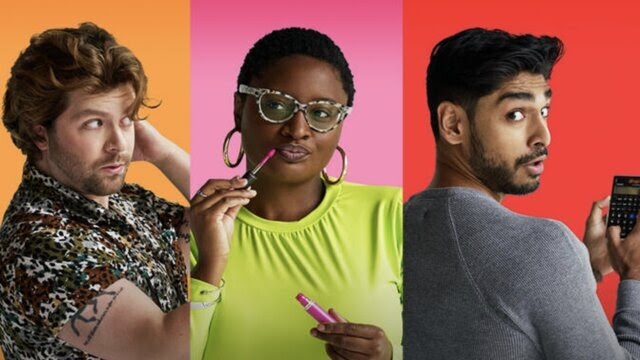 TODAY'S PREMIERES
1) Married At First Sight: Unmatchables Series Premiere (Lifetime)
More than 50,000 people applied for Lifetime’s hit series, Married at First Sight. Now, some of these “unmatched” singles are getting a second chance at love. Each episode follows Pastor Cal and Dr. Viviana as they attempt to transform dating weight into marriage bait.

2) Zero Series Premiere (Netflix)
A shy teen with the extraordinary power to turn invisible joins the fight to defend his neighborhood despite wanting to escape to pursue his dream.