Too Much TV: Your TV Talking Points For Wednesday, December 2nd, 2020

Here's everything you need to know about the world of television for Wednesday, December 2nd, 2020. I'm writing this from the Twin Cities suburbs, where AllYourScreens HQ is powered by watered-down coffee and mini-pretzels.

THE SOCIAL ASPECTS OF SVODs
Maybe three years ago an engineer at Philo gave me a rundown of an integrated social sharing tool they were experimenting with in-house. You could share programming suggestions with friends, connect with people who shared your love of a show and create viewing lists you could share publicly or privately. The plan was eventually to offer networks the opportunity to send direct messages about shows to viewers who opted in. According to the engineer, the features had been very popular internally. But it hadn't been rolled out to the public, because it required a large subscriber base in order to scale correctly.

"Social" is a very mushy term, but in the content of SVODs, it really is about sharing your viewing experiences. Sometimes the sharing is direct - think the various experimentations with watch parties. But the very nature of the way a SVOD works (and various content restrictions) makes those types of sharing difficult to bring to scale. But there are ways of creating a social experience that don't require actual direct social interaction.

Spotify announced yesterday that it is introducing new features for their annual "unwrapped" lists. At the end of the year, Spotify typically creates individual lists that show the songs you listened to most throughout the year and the most popular artists for that specific subscriber. The lists are fun to share and they pop up a lot on social media in December. But they are also thought-provoking. I guarantee that when you see your lists, you'll be surprised at some of the songs on it.

The new features Spotify is rolling out this year expand the social aspects of the lists by allowing subscribers to earn badges for things such as creating popular playlists or be a very early listener to a song that later becomes very popular. There are also new personalized playlists, including one called "Missed Hits," which includes song similar to ones you listened to that you missed throughout the year.

All of this is lightweight fun and while it isn't for everyone, it does create a faux-social experience that is different from what users will find on Amazon or Apple Music. And it got me to thinking that this is type of feature I'd love to see Hulu or Netflix roll out in the future.

While it's not a minor engineering project, it would be fun for Hulu or Netflix to create lists such as "Your Most Watched Shows." These features also could provide a way to glean more specific demographic details from the subset of subscribers willing to provide it in exchange for increasingly helpful content filtering. Asking users to volunteer their sex, ten-year wide age range and state where they are located wouldn't sound too obtrusive to many subscribers. But it would allow services to create content recommendation lists based on what other subscribers in those categories were watching. And from a business standpoint, it would build better demographic info for advertisers, even if only a subset of subscribers agreed to participate.

I think eventually an SVOD like Hulu or Netflix is going to offer features closer to what I saw in that Philo presentation. But in the meantime, even baby steps in the creation of social sharing features would be worthwhile to see. 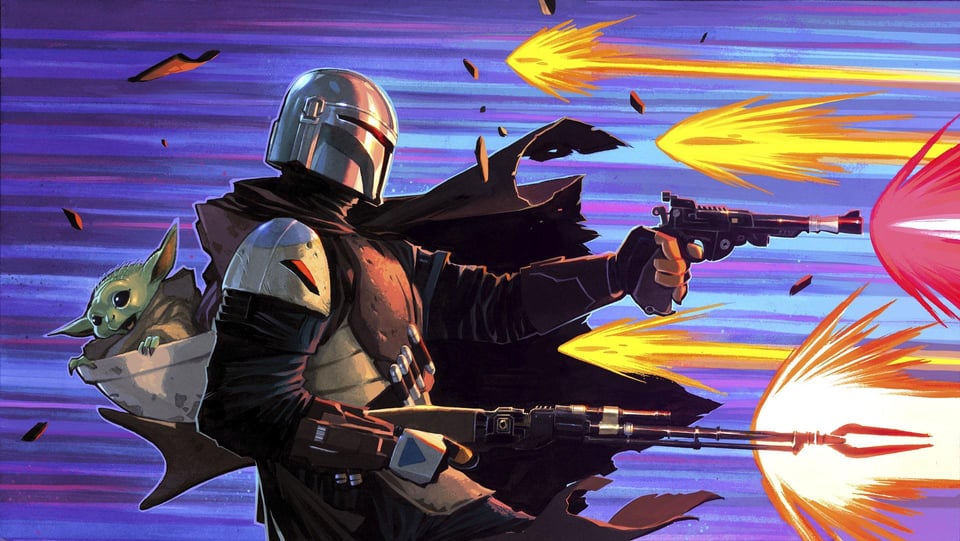 A NEW CHAPTER FOR FORTNITE
Fortnite introduced a new chapter to its current season last night and for people who don't play the game, that means an update to the game map, new characters and changes in every other aspect of the game. The chapter was kicked off with a special one-time only event that allowed players to join together to defeat Galactus. After the ten-minute event ended, there was a short tease for the new chapter, the second part of season five. This season has allowed players to fight and play as a number of familiar Marvel characters, as well as purchase Marvel-related skins and items. It was really an impressive integration and I'd argue it might be the best use ever of the MCU in a gaming environment. Fortnite execs report the special event had 15.3 million concurrent players, with another 3.4 million people watching live on YouTube Games and Twitch.

Fortnite was dark for seven hours, then returned with an altered world map and another round of new Disney-owned characters and new quests to complete. The game has added Disney+ characters The Mandalorian and Baby Yoda (or Grogu), as well as several Star Wars-related weapons. There are new map locations and the addition of gold bars, a new in-game currency that allows users to do everything from weapons upgrades to even hiring a bodyguard to help out during missions.

Whether or not you're into Fortnite or gaming in general, you should be paying attention to how Epic Games (creator of Fortnite) continues to use change and surprise as a way to retain users.

HBO MAX HAS A PLAN
Alison Herman at The Ringer has a look at HBO Max and she argues that new shows such as The Flight Attendant and I Hate Suzie point to the streaming service working towards targeting a specific audience: young, professional women on the market for distraction:

In practice, the two shows have wildly different tones: The Flight Attendant is a zippy, espionage-adjacent farce packed with scenery porn; I Hate Suzie is a harrowing, chaotic rabbit hole its cocreator and star has readily compared to a panic attack. But on paper, they clearly share some DNA. Both are limited series built around a central performance by an underappreciated actress. Both combine elements of drama and comedy. And both follow their antiheroines as their lives spiral out of control from a single traumatic event. Paired so close together, they’re ideally positioned for a back-to-back binge, a weekend’s worth of entertainment conveniently packaged by a single provider.

Now, I am not convinced at all that this is intent of HBO Max executives. This Ringer piece is more of a speculative theory and it fall apart pretty quickly once you give it some serious examination. And I would more willing to consider her theory if she hadn't begun the piece by completely misrepresenting a recent New Yorker piece on "ambient TV."

Still, it's an interesting take & it's a reminder of how users can see a service in ways that are very different than executives might have planned.

AMAZON EXCLUSIVE NFL GAME LIKELY DRY RUN FOR DIGITAL ONLY PACKAGE
The Athletic's Daniel Kaplan writes about the 49ers-Cardinals game that is exclusive to Amazon and Twitch (subscription required). It's the first digital-exclusive NFL game since 2017 and it points towards the increasing likelihood that the NFL will carve out a digital-only game package in the next round of negotiations.

1) Alien Worlds (Netflix)
Applying the laws of life on Earth to the rest of the galaxy, this series blends science fact and fiction to imagine alien life on other planets.

2) Ari Eldjárn: Pardon My Icelandic (Netflix)
Applying the laws of life on Earth to the rest of the galaxy, this series blends science fact and fiction to imagine alien life on other planets.

3) Baby God (HBO Max)
When retired detective Wendi Babst decides to explore her ancestry through home DNA testing, she makes a stunning discovery. The quest to find the truth about her biological father takes her down a rabbit-hole of furtive medical procedures and unsuspecting women… leading to one man: Dr. Quincy Fortier.

4) Court Cam Season Premiere (A&E)
Join host, Dan Abrams, to find out what really happens inside courtrooms, and to hear the full story from those who were there.

5) Fierce (Netflix)
A gifted young singer becomes an instant sensation on a popular talent show. But her real goal is earning the love of her father, a member of the jury.

7) Rescue Cam Season Premiere (A&E)
Hosted by Matt Iseman, Rescue Cam is an incredible, no holds barred look at some of the most shocking and intense, life-or-death rescues, standoffs, animal saves and close calls from across the country and beyond.

8) SEAL Team Season Premiere (CBS)
Bravo Team enters enemy territory in the snowy Spin Ghar Mountain Range to capture Al-Hazred, the leader of a terrorist group and son of the terrorist leader that Jason took down early in his career and made him Bravo One. When they are attacked, Jason and Cerberus, Bravo’s canine member, are separated from the team.

9) Trafficked With Mariana van Zeller Series Premiere (NatGeo)
This new series takes viewers on a journey inside the most dangerous black markets on the planet. Each investigation in the eight-part series embeds with Peabody and duPont Award-winning journalist Mariana van Zeller as she explores the complex and often violent inner workings of a smuggling network. While she dives deeper and deeper into these underworlds, Mariana reveals — with characteristic boldness and empathy — that the people operating these trafficking rings are often a lot more like us than we realize.