Too Much TV: Your TV Talking Points For Friday, September 11th, 2020

Here's everything you need to know about the world of television for Friday, September 11th, 2020. I'm writing this from the Twin Cities suburbs, where AllYourScreens HQ is powered by hot tea and a bagel with butter.

REMEMBERING 9/11
I held a lot of jobs before I began writing about television and the media full-time. In the 1999/2000 era, I was working at an online financial news startup that only did audio and video. Think Cheddar, but a generation older. One of my jobs was doing a regular Friday morning audio roundtable with three stock market insiders. One regular was Cantor Fitzgerald Chief Market Strategist Bill Meehan and after he lost his life on 9/11, I wrote some remembrances of him that I have reposted every year since. A few years back, I heard from Bill's son, who told me that he and the family had appreciated hearing how this story. And if you're interested, here it is.

SO WHY ISN'T THERE A CLASSIC TV STREAMER?
Streaming media - like any other form of entertainment - is financially driven by the mass market hits. That's where the most eyeballs are at and for all of the costs associated with the rights to The Office or The Big Bang Theory, you can almost guarantee that having those big hits on a service will make the customers happy.

The other less appreciated consequence of a mass market audience is that the audience is large enough that you a streamer can be revenue positive by just serving a small, specific sliver of that larger audience. There are at least a couple dozen smaller niche streamers and while not all of them are thriving, most of them have carved out a space where they can do well.

One niche I had expected to be served by its own streamer at this point was the classic television fan. Sure, watching episodes of barely remembered television isn't for everyone. But there are enough potential subscribers out there that a streamer could make money with a classic TV content mix and a price point of $4.99 or slightly less.

So why hasn't that happened? Liker most things in the streaming universe, it's complicated. The biggest hindrance is financial. For a classic television streamer to be financially viable, it would need to have access to a large amount of programming and that means being part of one of two or three media companies who have both a streaming video business as well as a large catalog of old shows. And for those large media companies, spending large amounts of time and effort to create a business that can maybe only throw off $30-40 million worth of revenue per year just isn't worth it.

But the larger challenge is the programming itself and that has to do with something called the Financial Interest and Syndication Rules (commonly known in the industry as "fin-syn"). Imposed on the broadcasters in 1970, the rules prohibited the Big Three networks from airing any programming in primetime that they had a financial interest in. It also prohibited them from airing any syndicated programming they had a financial interest in. While those rules were relaxed in the 1980s before being phased out in 1993, the primary consequence in 2020 is that the programming in the timeframe that would be the best fit for a classic TV streamer is owned by a grab bag of independent producers and production companies. While a few large production companies have large catalogs available, a surprising number of production companies only existed long enough to crank out one or two TV shows.

And in a number of those cases, it's not even clear who owns the rights or who is legally able to represent the owners. Some companies just shut down and at this point the principals are dead or unable to be located. Most of these older shows didn't have contracts in place for music rights or even DVD distribution. Much less streaming on a new classic TV platform. And while a streamer can do well financially with shows that are individually not wildly popular, that's impossible if getting them on the service requires extensive legal wranglings.

There are three larger media conglomerates who already own or control enough old television to make one of these streamers relatively less complicated. Both Disney and WarnerMedia own extensive classics television assets. Of those two, WarnerMedia seems to have the best case for launching a service, especially if they decided to launch it as an ad-supported business. One advantage of that approach is that it would give them more ad inventory, esp if they are integrating the backend with their upcoming AVOD version of HBO Max.

ViacomCBS is another story. They own a surprisingly large amount of older television programming. Not just the expected Paramount stuff, but King World, Spelling Television, Miramax Television, Desliu Produtions and much more. They certainly have enough of a catalog of classic television to make a service viable. But the company is also very focused on the licensing side of the business and launching a new streamer would require forgoing some of that revenue in the short term. And that is a move that seems unlikely right now.

There certainly COULD be a classic television streamer in our future, but making it happen is more complicated than you might suspect. That having been said, it you're thinking about launching one and are looking for some programming help, give me a call. I have some thoughts. 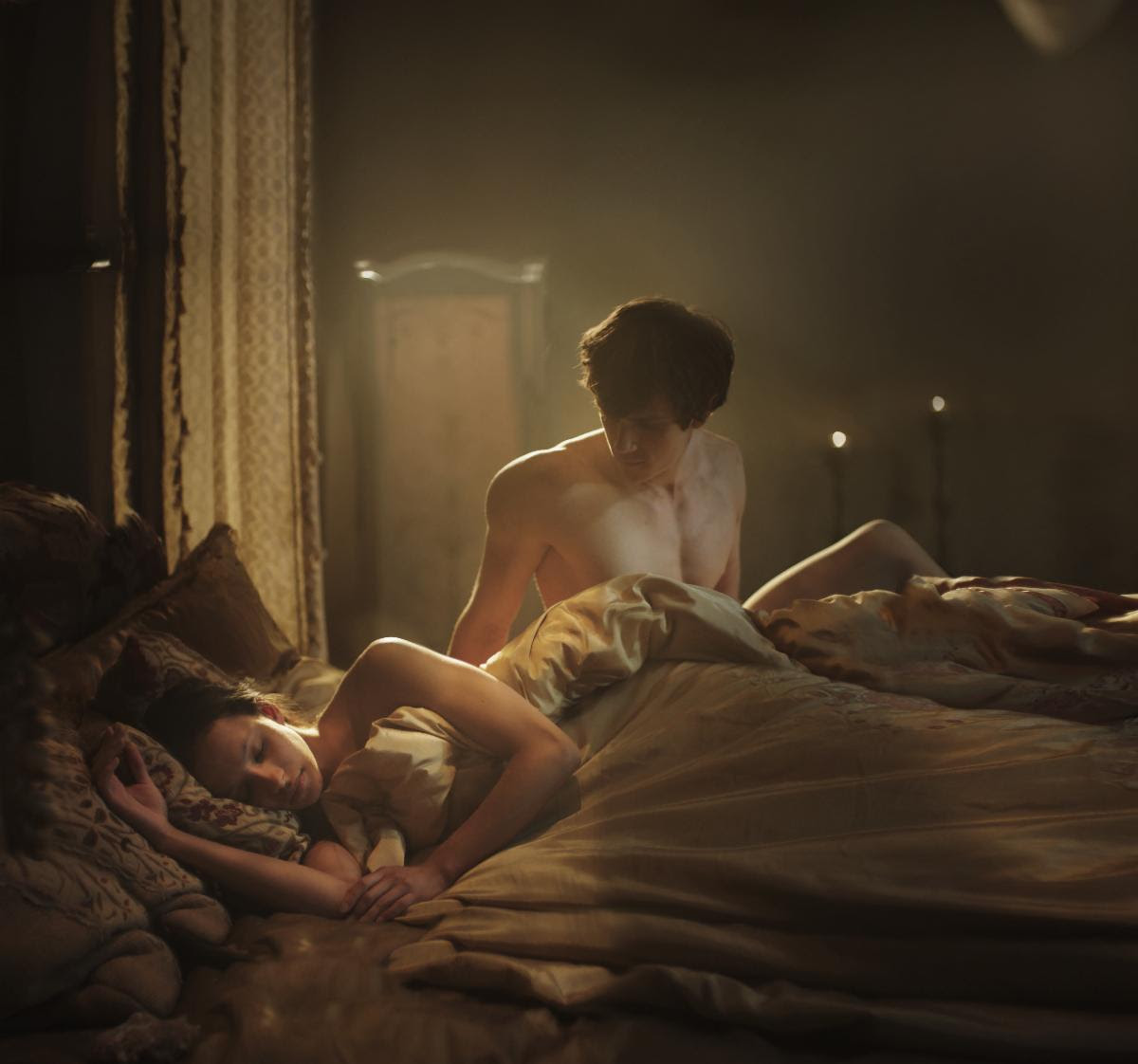 1) Dad Wanted (Se busca papá) (Netflix)
What does a thrill-seeker tween girl do when her mom forbids her to enter a BMX race? Cast a struggling actor with nothing to lose to play her dad.

2) Family Business Season Two Premiere (Netflix)
Forced to choose between growing weed and raising his kids, Joe tries to convince his family to quit the business, setting off a wild chain of events.

3) Great Performances: Romeo & Juliet (PBS)
Starring the current generation of The Royal Ballet dancers with William Bracewell as Romeo, Francesca Hayward as Juliet ("Cats"), this film adaptation of Shakespeare’s masterpiece by the BalletBoyz, the award-winning team of Michael Nunn and William Trevitt, takes legendary Royal Ballet choreographer Kenneth MacMillan’s 1965 ballet out of the theater and into the streets of a cinematic Verona, offering a passionate reimagining of this timeless love story.

4) Life After Lockup Season Premiere (WEtv)
The highly-addicting series follows lovebirds hoping to make their way down the aisle with the jailbirds who may or may not be conning them. Whether it's dodging a parole officer, negotiating with a halfway house, or being stuck under house arrest with someone they hardly know, the realities of being on the outside are starting to hit these newly released prisoners. Will they break the law and go back to jail, or save themselves and leave their lovers broken hearted?

5) 9/11 Remembered: The Day We Came Together (ABC)
The hour-long special filmed on May 15, 2014,  marked President Barack Obama’s opening of the 9/11 Memorial Museum and reflects the unwavering courage, compassion and sacrifice born out of that tragic morning. The special includes moving and inspiring stories about those who died and those who survived, their families, and the swell of first responders who rushed to help them.  It was a time of fear and uncertainty as we lost people we loved and the future felt unclear. But it was also a time when we came together – as neighbors, as friends, as fellow Americans – to support each other and rediscover the best within ourselves. From that, hope was reborn.

6) 9/11: The Final Moments Of Flight 93 (History)
On September 11, 2001, one hijacked plane never reached its target when United 93 crashed in rural Pennsylvania. In “9/11: The Final Minutes of Flight 93” previously classified streams of evidence are combined to piece together what really happened in a gripping minute-by-minute account. Evidence includes secret service documents, air traffic control transmissions, phone records, voicemails, first person testimony and a top-secret audio recording that helps reveal details of Flight 93’s crucial final moments. It’s a story of heroism in the face of tragedy and sheds light on some of the biggest mysteries of that fateful flight.

7) 9/11: The Pentagon (History)
On September 11, 1941, the U.S. War Department broke ground on a massive new five-sided headquarters that would rise to become the ultimate symbol of the American military. 60 years to the day after construction began, a hijacked airliner crashed into the building as part of the largest coordinated terror attack ever on American soil. Told by the men and women who lived it, “9/11: The Pentagon” is the dramatic story of what happened inside the building in the harrowing minutes after impact; a raw eyewitness account of tragedy, heroism and survival on the day that forever transformed a nation.

8) Pets United (Netflix)
A group of selfish pets are stranded in their luxury hangout when the machines that run Robo City go wild and take over, forcing all humans to flee for their lives. The pets must team up with strays to survive and save their homes, their city and maybe even the world.

10) Selling The Big Easy Series Premiere (HGTV)
The series follows Brittany and her full-service agency as they help families find the house of their dreams by showing them high-end homes with the right amount of history and charm. She also helps clients stage and sell their homes for top dollar in the city’s vibrant real estate market. With an approachable and effervescent style, Brittany effortlessly guides clients through the buying and selling process while touting the enticing amenities that the Crescent City has to offer.

11) The Duchess Series Premiere (Netflix)
Katherine Ryan stars as a single mom who's weighing whether to have a child with her nemesis: her daughter's dad. Can two wrongs make another right?