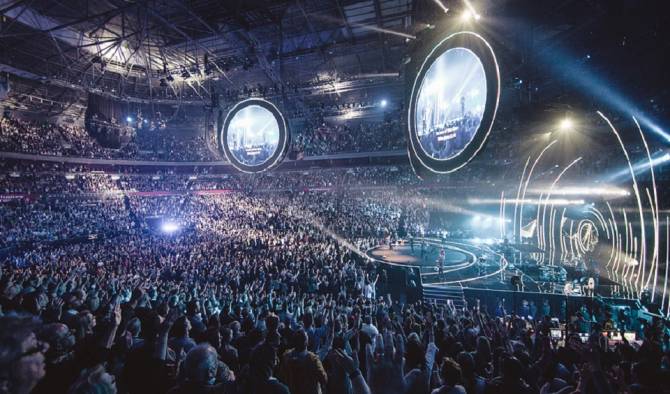 Discovery+ announced on Monday that it has ordered a three-part expose of the troubled Hillsong Church entitled Breaking Hillsong.

Here is the description of the project provided by Discovery+:

The project will chronicle the headline-making world of global star-studded megachurch Hillsong and the downfall of its ultra-hip, celebrity senior pastor, Carl Lentz. Through a partnership with the New York Post with investigative journalist Hannah Frishberg’s in-depth coverage, the series will feature exclusive, never-before-seen interviews including Ranin Karim, the New York-based fashion designer whose five-month affair with Lentz led to his downfall.

Breaking Hillsong will take viewers into the world of Hillsong, the megachurch with more than 150,000 global members that has recently come under scrutiny. The series will profile numerous current and ex-members of the church who have come forward en masse to share harrowing stories of the trauma, abuse, financial and labor exploitation, homophobia and racism that created a culture of chaos at Hillsong. Additionally, BREAKING HILLSONG will examine the greater phenomenon of corruption within megachurches.

Breaking Hillsong is produced by Breaklight Pictures, part of The Content Group (TCG), in association with New York Post Entertainment for discovery+.

At its height, Hillsong Church had churches in 30 countries and scores of celebrity attendees. But a series of scandals that involved allegations of toxie leadership, sexual abuse and homophobia.

In November 2020, Carl Lentz, the pastor of the popular New York City Hillsong branch was forced out of his job following allegations of infidelity. There were also allegations from other church members of sexual harassment and emotional abuse.

And in May, a pastor at the Montclair, NJ Hillsong Church was forced to resign after allegations of infidelity and sending explicit photos to a church volunteer.