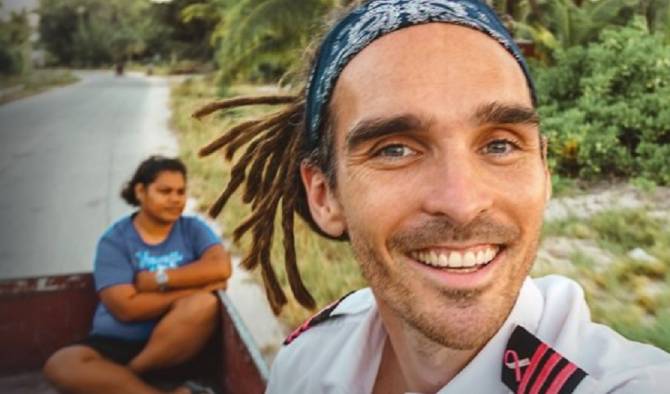 Movies And Specials: 'Beyond Borders'

Synopsis: In 2017, Pilot Juan-Peter Schulze (JP) and travel vlogger Louis Cole set off to circumnavigate the world in a single-engine, 1974 Cessna T210L airplane. The duo had 81 days to finish, with their return to California awaited by many. This is their journey. (Courtesy Discovery+, 2021)|

Synopsis: In 1977, "The Amityville Horror" book was published and caused a sensation. The subsequent 1979 film adaptation was a surprise box office hit. It was a film that changed everything. It terrified audiences and became a film and story that people continue to return to. Today, it is the quintessential American horror story based on true events. This is the story of the all-American family that moves into their dream house in the all-American town and experiences the most terrifying demonic haunting imaginable – demon possession, demon attacks, a portal to hell. It was a situation so dire, even the church couldn’t help them. Through archival footage and re-creations, the special, produced by 1895 Films, presents the harrowing true story of Robert Defeo, who murdered his entire family in the Amityville house, and the 28 terror-filled days the Lutz family lived in the house. (Courtesy Discovery+, 2021) 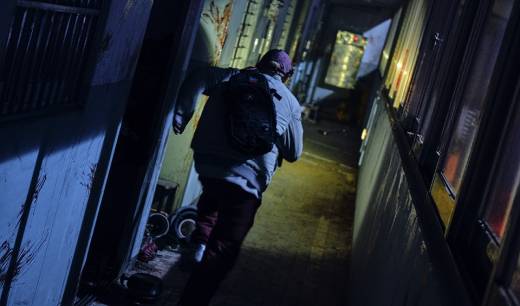 Synopsis: Oh Jun-u wakes up and finds a note from his mom that says his family went on vacation without him. He turns on TV and the news anchor says that an outbreak is spreading nationwide, with the infected showing signs of cannibalism. Suddenly wifi is disconnected and what Jun-u can only hear is his father’s message that he must stay alive. The world goes crazy and everything is destroyed by the zombies. After more than 15 days without any social connection, Jun-u notices a laser beam coming from outside of his balcony window. Kim Yu-bin who lives on the other side of the apartment complex is the one with the laser pointer. They try to communicate using hand signals, determined to find ways to escape from an apartment complex which is now full of zombies. (Courtesy Netflix, 2020)

Production Credits:
Based on an original script by: Matt Naylor
Directed by: Il Cho
Produced by: Zip Cinema and Perspective Pictures

Movies And Specials: 'Beyond the Pole: Living Under Lockdown'

Synopsis: From virtual strip clubs to OnlyFans, the queens of hustle and grind are back for a unique behind the scenes look at their journey to financial freedom. When Atlanta shuts down its famous nightlife scene due to a global pandemic, the clubs’ exotic dancers, bartenders, and bottle girls struggle to find income streams. Ms. Dime, Angel Kake, Empress, and Lyric self-document their fight for survival. (Courtesy WE tv, 2020)

Movies And Specials: 'A Wilderness Of Errors'

Synopsis: From Emmy Award-winning producer Marc Smerling and Emmy Award-winning executive producer Jason Blum, producers of the groundbreaking and award-winning series The Jinx, comes a five-part documentary series, A Wilderness of Error, based on the best-selling book by Errol Morris who also appears in the series. Smerling directs and executive produces the series under his recently launched production company Truth Media, alongside executive producers Blumhouse Television (The Jinx, The Loudest Voice, The Good Lord Bird) and UCP (Unspeakable Crime: The Killing of Jessica Chambers, Mr. Robot, The Act), a division of Universal Studio Group. When Army surgeon Jeffrey MacDonald is sent to prison for killing his family, a storm of swirling narratives challenges our very ability to find the truth all the while overshadowing a chilling possibility: MacDonald may be an innocent man. Additional executive producers include Michael Jackson, Rachael Horovitz, Jeremy Gold, Marci Wiseman, Mary Lisio, Dawn Olmstead and Jessica Grimshaw. Jackson and Horovitz (Patrick Melrose) acquired the rights to the book and brought the project to Blumhouse.

Movies And Specials: 'All Together Now'

Synopsis: Amber Appleton (Auli’i Cravalho) remains an optimist even when her personal life is far less stable than it appears on the surface. A musically gifted high school student with aspirations to attend Carnegie Mellon, Amber balances her beloved high school drama club helmed by Mr. Franks (Fred Armisen) with working long hours at a donut shop to help support herself and her down-on-her-luck single mom (Justina Machado). She also spends time at the local retirement community, giving care and attention to her favorite pessimistic resident (Carol Burnett). When new obstacles present themselves that threaten her dreams, Amber must learn to lean on the strength of her chosen family to move forward.  Directed by Brett Haley (All The Bright Places, Hearts Beat Loud) and based on Matthew Quick’s novel “Sorta Like a Rock Star”  All Together Now is a story of finding hope in the darkest of times. (Courtesy Netflix, 2020)

Production Credits:
Directed by Brett Haley (All The Bright Places, Hearts Beat Loud) and based on Matthew Quick’s novel “Sorta Like a Rock Star.”