Displaying items by tag: Today's Song You Should Know 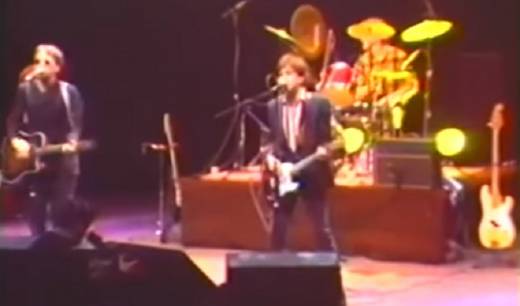 Today's Song You Should Know: 'Little Miss Information' By Insiders

If you're a rock music fan, you're likely familiar with the story of Big Star, a Memphis-based band that created three albums of music that are still regarded as highly influential even though the best-selling release - the debut album entitled "#1 Record" - likely only sold a few hundred copies when it was released in June 1972.  But the band's music has been re-released continuously over the ensuing decades and you can now buy pretty much every track and live show the band ever recorded. Their music matters because not only were they talented, but their songs captured the zeitgeist of what was to come in music. Every one from R.E.M.'s Peter Buck to Paul Stanley have cited the band as an influence.

There are a precious few bands like Big Star that just seem to capture a specific moment in time. More often than not, the bands aren't all that successful at the time, but as the years pass, their talent and influence become clear. Which brings me to the Chicago band Insiders.

The band was part of a massive wave of talent that exploded in Chicago in the 1980s. You could go to clubs seven days a week and not catch all of the talent playing on a regular basis. And for whatever reason, the scene never took off the way it did in L.A. in the late 1980s or Seattle in the 1990s. A number of bands were signed by major labels but for the most part, the exercise was more frustrating than starmaking.

One group that nearly everyone thought would break big was the Insiders. Imagine Lennon and McCartney backed by Tom Petty's Heartbreakers. Their songs were ear candy, the band was incredibly tight live and they were one of the few bands that didn't have a weak spot in the lineup. After being initially courted by Warner Brothers, they signed with Epic and released their debut album, "Ghost On The Beach" in 1987. The title track became a Top Ten modern rock track and the album reportedly sold about 100,000 copies.

But like a lot of bands, the follow-up album turned into a bit of a nightmare. They recorded a bunch of tracks in Memphis, which the label apparently decided didn't include a hit. They recorded another group of tracks and eventually were dropped by the label. The entire story is much too long to get into here, but it's worth noting that Chrysalis Records wanted to sign the band, but wasn't willing to pay Epic's price for the recorded tracks.

The band later released several albums through the independent label Monsterdisc, including "Live At Fitzgerald's," an absolutely smoking live album that included tracks from their debut album as well as ones that had been slated for the follow-up.

There are a number of great unreleased tunes from the Epic period, but I wanted to showcase "Little Miss Information" here. In part, because it's just a song with a hook as powerful as a cannonball. And also because a member of the band posted this live clip on YouTube, which gives you an idea of just how good a band they were live.

"Ghost On The Beach" has been out of print since the early 1990s and it has never been released digitally. I love the band enough I spent some time trying to shake loose tracks from Sony to release independently, but wasn't able to make it happen. But if you like their sound, a collection of unrleased tracks called "Back In Memphis" is floating around on some torrent sites. And you can listen to a couple of live tracks and well as songs from their unreleased Epic album on this Soundcloud page.

Today's Song You Should Know: 'White Punks On Dope' By The Tubes

If you are familiar with the music of The Tubes, it's probably from one of their two big 1980s albums. Toto’s David Foster and Steve Lukather produced the album The Completion Backward Principle, which produced the hit "Talk To Ya Later." And 1983's album Outside In included the #1 hit "She's A Beauty," which still gets a lot of airplay on those "hits of the 80s & 90s" radio stations.

But in the mid-to-late 1970s, the San Francisco-based band was known as much for their insanely over-the-top theatrics as their music. Their shows were part rock, part performance art and while they didn't sell a lot of records in that early period, they had a reputation as a band you had to see live.

Their best album from that period was their self-titled debut, which included the songs "What Do You Want From Life?" and "White Punks On Dope." While both songs ended up being released as singles, the tracks received 99% of their airplay from college radio stations and FM stations that were still holding on to "freeform" format.

The video below is the full concert for a New Year's Eve 1975 show at Bill Graham's Winterland. It opens with lead singer Fee Waybill dressed in a white tux as he goes through a rambling albeit pretty straight-forward version of "What Do You Want From Life?" But fast-forward to about 90 minutes in when the band tackles "White Punks On Dope?" with the already tall Waybill sporting foot-high heels and an outfit best described as "space hooker."

Today's Song You Should Know: 'Ghosts' By Bruce Springsteen

"Ghosts" is the second track released off of Bruce Springsteen's upcoming album "Letter To You" and the song will be a treat for fans hoping to hear some of the classic E-Street Band sound. Springsteen's voice might be weathered around the edges, but the tune is vintage Springsteen at its best. Solid chugging guitars and piano, explosive drums and just a hint of saxophone at the end. The video cuts between classic performance footage of Springsteen & the E-Streeters (along with snippets of a couple of old pre-E-Street bands) and footage shot earlier this year as the band recorded the track live in the studio.

The lyrics reflect a lot of the themes Springsteen has been discussing in interviews done to promote the new album. How we get to a certain age and we're both happy to still be here and doing good work. While still being haunted by the ghosts of all the loved ones we left behind. While the song is technically named "Ghosts," most people will probably refer to it by it's massive hook, "I'm Alive."

If this is a representative sample of what we can expect to hear on the new album, it can't get here fast enough.

Today's Song You Should Know: 'Super Cool' By Kiki Dee

If most people know the name of Kiki Dee at all, it's because of her connection with Elton John. At the height of his 1970s fame, John signed Kiki Dee to his newly formed Rocket Records and he tried hard to break her big as a solo artist. Dee had released her first solo single in 1964 and had released a number of well-regarded singles and several albums. But while some of the tunes got airplay in the UK, she never quite had a hit. She bounced from label to label and by 1970 became the first white artist signed to Motown Records.

Her fortunes changed when John signed her to his label and her first Rocket Records single - "Amoureuse" - became a Top 15 hit in the U.K. The resulting album "Loving & Free" also included "Super Cool," written by Elton John & Bernie Taupin. The single didn't chart anywhere, but it's a fabulous song and it is instantly recognizable as a John/Taupin track from that era. In fact, I suspect that if John had released the song himself it would have been a huge hit.

Dee's next album spawned the 1974 Top 15 U.S. hit "I've Got The Music In Me," but none of her follow-up singles charted. In 1976 she had her biggest hit when Dusty Springfield was too sick to record the duet "Don't Go Breaking My Heart" with Elton John. That song went to #1 in more than 20 countries and was John's first #1 in the U.K.

Dee has continued to record in the years since and had several modest U.K. hits. But her biggest chart success in recent years was in 1993, when the track "True Love" (a duet with Elton John off of his "Duets" album) went to #2 in the U.K. Her most recent release was the 2013 single "Steppin' Out With A Soul Man." 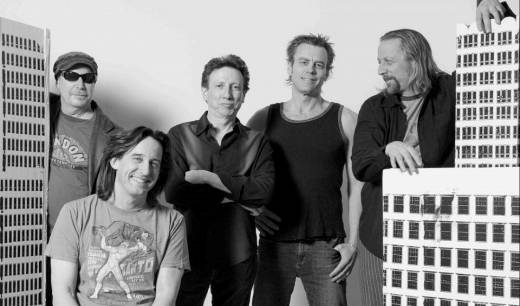 Today's Song You Should Know: 'Bad Girl' By The Bad Examples

There are certain moments in American rock when a town or region just seems to capture whatever cultural zeitgeist is in the air. The L.A. hair band scene in the early 1980s, the New York City punk scene of the late 1970s and the Seattle grunge sound in the 1990s propelled a bunch of local bands into the national spotlight. But the scenes that have always fascinated me are the ones that never quite caught fire, despite having a depth of talent as deep as any of the ones that are now household names.

I lived in Chicago in the 1980s and early 1990s and the city had a rock scene that was as strong as any that I've ever seen. But for some reason, the talent was never able to capitalize on the magic. A couple of bands managed a bit of commercial success (like "Off Broadway"), but most of the bands ended up being talented footnotes in rock scene that never quite caught fire.

The Bad Examples was one band that I was certain would be superstars. They were a tight band live and had a pop/rock sound that sounded like a ballsier, less condescending Squeeze. Yet despite releasing several really strong albums, they never managed to get signed to a major label and never really grew past the "really hot in our home town" phase.

"Bad Girl" was one of my favorites to hear live back in the day and listening to the song in 2020, I'm struck by just how radio-friendly the tune sounds in retrospect. It's always hard to determine why an individual song wasn't a hit, but if a radio station was to play "Bad Girl" as part of their 80s/90s format, I think most listeners would just assume it had been a hit and that they had just forgotten about it.

I highly recommend tracking down the band's music, especially the 1991 album Bad Is Beautiful, which includes the radio-friendly "Ashes Of My Heart" as well as their best-known song, "Not Dead Yet." In the end, it's an ironic twist of fate that despite the talent in the band, lead singer Ralph Covert became a success not as a member of The Bad Examples, but for his string of "Ralph's World" children's albums, one of which was nominated for a Grammy.