Too Much TV: Your TV Talking Points For Tuesday, March 2nd, 2021

Here's everything you need to know about the world of television for Tuesday, March 2nd, 2021. I'm writing this from the Twin Cities suburbs, where AllYourScreens HQ is powered by room temperature coffee and a BLT.

AN ÓSKAR FOR HUSAVIK
The town of Húsavík got together to film "An Óskar for Húsavík" after a song from the Netflix movie "Eurovision Song Contest: The Story Of Fire Saga" made the shortlist for the 93rd Academy Awards in the category of "Original Song." And yes, the "Ja Ja Ding Dong" guy is there in the video to make his case.

Here is the video. It would be smart of Netflix to jump onto this and launch a funny campaign highlighting the video and the effort by the town. They are also creating a museum there to honor the movie and the singing competition:

The town of Húsavík is home to 2,300 people. Fishing was for a long time our main export until about 25 years ago. Now our main export is tourism and more than a third of all jobs in Húsavík are in tourism. For this reason, the town has been hit hard by the Covid-19 pandemic, but the release of the Netflix film, and the song 'Husavik' has lifted the spirit of the people of Húsavík. When we learned that the song, that has become a sort of an anthem for our people, had a chance of an Oscar nomination, we sprung into action. This website and the accompanying video are the result of that. An independent “Oscar Campaign” by the people of Húsavík. It is unlikely that a village of this size has ever started its own Oscar campaign, but in these extraordinary times, we see a unique opportunity to revitalize our town and its tourism through this film and the song 'Husavik'. We enjoyed the help of the Húsavík Theater Compay, Sahara Iceland, Húsavík Cape Hotel and Inspired by Iceland, to make this dream a reality. Apart from this unusual campaign, we are now also working to build a museum dedicated to the Eurovision Song Contest in Húsavík, that will open in summer 2021.

“I think the consumer is probably more impatient than they’ve ever been before,” said Chapek. “Particularly since now they’ve had the luxury of an entire year of getting titles at home pretty much when they want them. So I’m not sure there’s going back, but we certainly don’t want to do anything like cut the legs off a theatrical exhibition run.”

“I don’t think they’ll have much of a tolerance for a title, say, being out of theatrical for months, yet it hasn’t had a chance to actually be thrown into the marketplace in another distribution channel, just sort of sitting there getting dust,” he added.

He also gave a pretty clear explanation for why Disney is leaning so hard into the more adult-oriented Star add-on service for Disney+ outside of the U.S.:

“What we didn’t realize was the non-family appeal that a service like Disney Plus would have. In fact, over 50% of our global marketplace [subscribers] don’t have kids, and that is the big difference,” he said, adding shortly after, “When 50% of the [subscribers to] Disney Plus don’t have kids, you really have the opportunity now to think much more broadly about the nature of your content.”

THE NEVER ENDING NUMBER OF SVOD SERVICES
I am generally bullish on the future of small subscription video services, but there are so many that even I can't keep up with them.

I ran across a new one this morning, Crack Me Up. This is how the streamer describes itself:

A curated collection of Movies and TV that make you laugh, brought to you by Magnolia Pictures. Subscribe for $2.99 and watch at any time! Get ready to laugh yourself silly! CRACK ME UP brings you the best in quirky and laugh out loud movies and TV. Your belly will ache with laughter from such movies as TUCKER & DALE VS EVIL. With new movies and TV episodes added regularly, you’ll never run out of something hilarious to watch.

I'm reaching out to see if I can get someone there to speak with me. But at first glance, I can't see how this can be sustainable, given the competition and the lackluster library.

BBC THREE WILL RETURN AS A LINEAR TV CHANNEL AFTER SIX YEARS
The BBC is reversing it previous decision, which was made to save money. In part, because the virtual BBC Three has proved to be quite successful when it comes to creating hits, including Fleabag and Normal People:

The channel announced it was moving online late in 2014 as a cost-cutting measure, but also because that was where its execs saw the future. Damian Kavanagh, the channel’s controller when it transitioned to digital, said: "We are the first broadcaster in the world to propose something like this."

But the success of BBC Three programming in recent years has led to a confusing programming strategy. Programs would be posted on BBC's iPlayer and described as "BBC Three" productions and then would randomly show up later on the core BBC television service anyway. And some producers were unhappy with the BBC Three digital experience, complaining that if the program wasn't on the 'featured' bar of the BBC iPlayer, viewers wouldn't see it.

Which led to the ironic situation that while the money saved by moving BBC Three to a digital channel was shifted to BBC One's drama budget, several of BBC One's biggest drama hits in recent years turned out to be repurposed BBC Three programs. 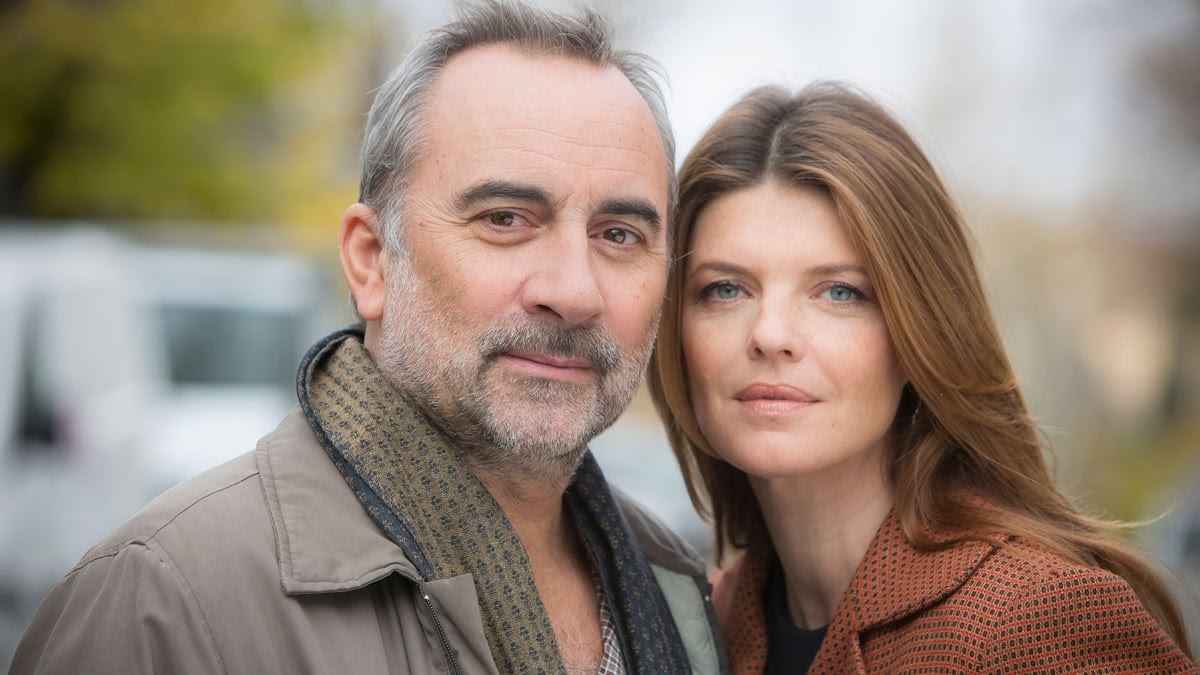 TODAY'S PREMIERES
1) A Man Au Pair (MHz Choice)
Antoine Dulery stars as in the story of a 50-something Maxime, unemployed since he was laid off from his finance sector job, who is finally offered full-time work... as a nanny!

3) New Amsterdam Season Premiere (NBC)
Medical director Dr. Max Goodwin is committed to solving systemic health care issues at the hospital. Add in the grieving of his wife’s death, his responsibilities as a single father and his cancer still lingering in the rear-view mirror, everyone around Max must wonder how long he can sustain this impossible load. But “How can I help?” is not just Max’s catchphrase, it’s his reason for living. As long as he’s helping others, Max is able to find hope in the most hopeless of places.

4) Soul Of A Nation Series Premiere (ABC)
The premiere episode will dive into this moment of racial reckoning in present-day America tackling issues ranging from policing to reparations and segments highlighting the arts and entertainment. Brown, ABC News’ Adrienne Bankert, Sunny Hostin, Byron Pitts and Pierre Thomas lead this groundbreaking hour. It will feature interviews with actor and reparations activist Danny Glover, EGOT winner, producer and social activist John Legend, and U.S. Capitol Police Officer Harry Dunn, one of the many officers who defended the Capitol on Jan. 6. Plus, Legend will give a special intimate musical performance.

5) The Flash Season Premiere (The CW)
When an experiment to save Barry’s (Grant Gustin) speed backfires, Nash Wells (Tom Cavanagh) searches for a way to save The Flash and comes up with a dangerous plan. Meanwhile, Iris (Candice Patton) makes a startling realization inside the Mirrorverse and Cecile (Danielle Nicolet) faces off with Rosa Dillon (guest star Ashley Rickards).