Here's everything you need to know about the world of television for Friday, January 22nd, 2021. I'm writing this from the Twin Cities suburbs, where AllYourScreens HQ is powered by coffee and ravioli.

This week has been a difficult one for me on the newsletter front. I ended up not sending one yesterday due to some medical issues (luckily, nothing super serious). But hopefully, next week will find me back on track.

BUT FIRST, THIS PERSONAL ANNOUNCEMENT
Today is my 21st wedding anniversary and while I don't usually talk about my personal life in this newsletter, this seems like a good reason to make an exception.

I came close to getting married a couple of times earlier in my life. But in the same way a river eventually flows to the sea, I was always meant to end up where I am today. Marrying someone whose primary skill is journalism probably isn't the wisest choice. I'm glad Stephanie was brave enough to take the leap 21 years ago. And it's a reflection of my love that I am sharing a photo that isn't exactly flattering to me. But I love to see her love laugh. All my love, my dear. 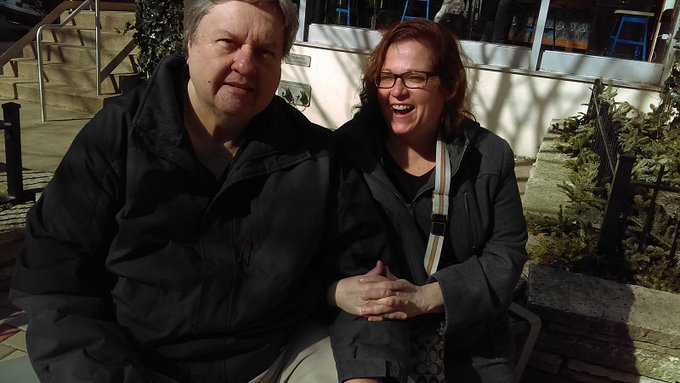 THE FINE LINE BETWEEN JOURNALISM AND FANDOM
Every segment of journalism has its own ethical and bias issues. National political reporters can become too intertwined with the politicians and political establishment they cover. Tech reporters can become too intimidated or concerned with access to ask the tough questions that might get them booted from the best events. But I think it's fair to say that entertainment and media journalists are often guilty of the most ethically problematic behavior. And while this might sound like inside baseball, it matters whether you're working at a media company looking for fair coverage or are a reader hoping for the clearest industry takes.

This piece in The Hollywood Reporter (which was originally published in the print version of the THR is horrifying on so many levels. It's meant to be a story about how network television PR is having to work around the pandemic and figure out ways to create a COVID-safe press event for the upcoming Peacock reboot of Punky Brewster:

To promote the Peacock revival, stars Soleil Moon Frye and Cherie Johnson sat between cardboard cutouts of reporters and answered questions that had been submitted in advance.

Just ponder the many problems with that sentence and then look at the photo below, which was included in the story. This is the very definition of blurring the line between journalism and fandom. 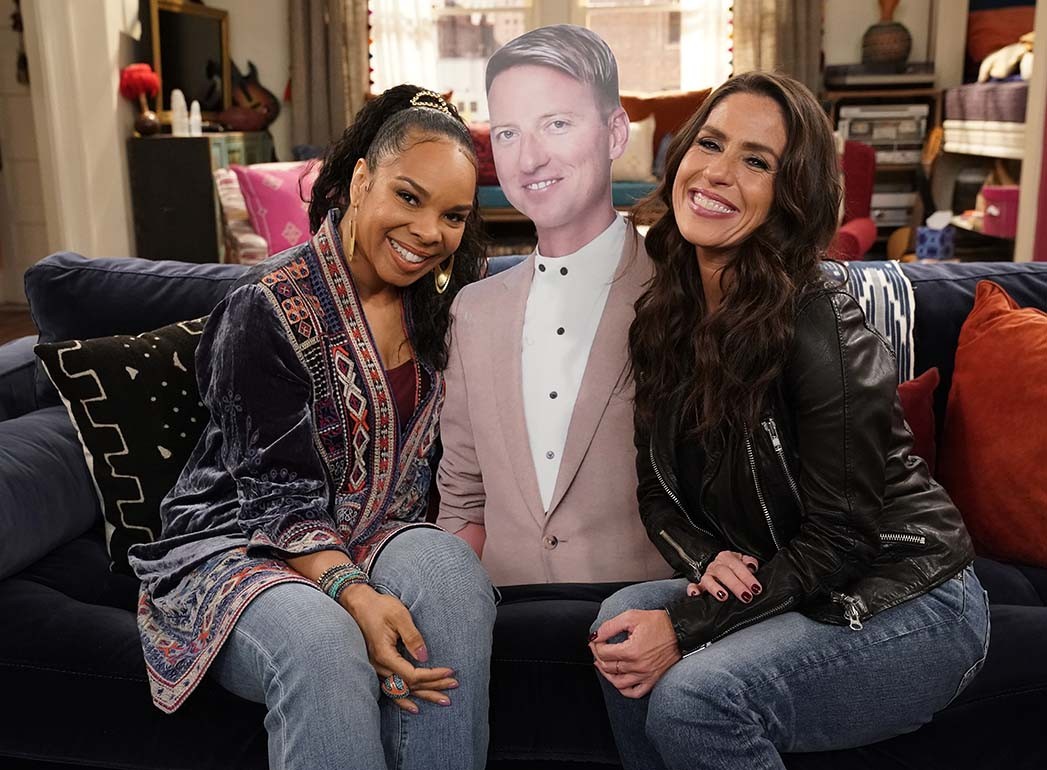 Chris Gardner is a good reporter and I don't want to single him out, because a number of entertainment reporters from the big outlets participated in this event. Holding this way certainly served the PR purposes of the show and the various PR people got some nice mentions in the piece:

Pulling off the creative experiment was a team effort. Reps for the show credited UCP vp production Kelly Kiernan, line producer Chris Robinson and production supervisor Nikki Wood with working the “set visits” into the production schedule as it took three days to complete all the interviews. Following a photoshoot, the cutouts remained on the sofa as executive producer Jim Armogida took on the role of outlet producer by interviewing his two actors using questions that were submitted by the respective journalists in advance. After all was said and done, Frye and Johnson autographed the cutouts and the PR teams placed the cherry on top with an “I Visited the Set of Punky Brewster” sticker on each before they were mailed to press as a keepsake.

But the only purpose of creating the "keepsakes" for the press was to play to the egos of the reporters participating in the event. With the cast answering pre-screened questions, the quotes that came out of it might as well have just been sent in an email. And it's not as if the event was happening to raise awareness for the show. A Punky Brewster reboot is going to inherently receive tons of press coverage. Events such as this one happen to fluff the egos of the reporters who already battle the natural human inclination to want to be "friends" with the people they cover.

It's not as if holding these events is a major crime against humanity. But I do think that as much as possible, any reporters decisions on what events to cover should center around one question: "does this help the reader?" If the answer is no, then why are you doing other than to feel special?

SPEAKING OF COVERAGE
I write a fair bit about PR in this newsletter, because in a world where there is so many entertainment choices, PR is increasingly important. But it has to be the right type of outreach and sometimes the smallest things matter.

An animated series has a new season premiering today on one of the streamers and for whatever reason, the publicist just doesn't to deal with me. I write a strong review of the first season, I'm friendly with the showrunner. And yet, I can't get the publicist to respond to an email.

Which is fine. It's her call and the reason I am being so vague is that it doesn't matter to me in the long run. But I mention it because it doesn't hurt me, it hurts the show. There are probably six other shows premiering today worth covering and that's what I did. I have reviews of a couple, an interview with some of the cast and crew for another. I will eventually get a chance this weekend to watch the new episodes of this animated series, because I enjoyed season one. And maybe I'll have to write about it. But in the end, her decision means that I didn't cover the show, which hurt their PR efforts.

Honestly, if someone wants to write something positive about your show, you should encourage them to do so.

IS THE NFL NETWORK COSTING THE NFL MORE THAN IT'S WORTH?
There are layers upon layers of context when it comes to the subject of negotiating sports rights with the major sports leagues. If you're confused about what might be happening with the NFL's Thursday Night Sports package, this piece in SportsTVRatings.com really lays out the various possible contract permutations in a clear-cut way:

Personally, I don’t think it adds up to Amazon getting the Thursday night package, but some in the media are leaning that way. Why?

Just speculation on my part, but it’s mostly because some in the media have bought what they are being told by their sources at the TV networks in totality. Not me. The caveat I mentioned earlier is that I think some not tiny part is just the networks posturing/negotiating in public.

To be clear, I totally believe the non-exclusive thing is a problem, and a big one — one that should actually be a bigger story in sports media. But I’ve mostly translated “we’re not interested” into “we’re actually willing to pay quite a lot for a non-exclusive but not THAT much.”

I think the path from “the non-exclusive is a problem” leads more directly to “is the NFL Network costing the NFL more than it’s worth?” than to “Finally, an NFL package goes more digital!

HAVE A GREAT WEEKEND
This newsletter is called "Too Much TV" because....well, it's hard to keep track of all the new television premiering everyday. To help you prioritize your viewing, click here to see our list of more than 400 upcoming television premieres, movies and finales. You'll find listings from more than 70 networks, as well as streaming services and web shows.

I'll be back with another one Monday. If you have any feedback, send it along to This email address is being protected from spambots. You need JavaScript enabled to view it. and follow me on Twitter @aysrick.