Too Much TV: Your TV Talking Points For Thursday, December 3rd, 2020

Here's everything you need to know about the world of television for Thursday, December 3rd, 2020. I'm writing this from the Twin Cities suburbs, where AllYourScreens HQ is powered by sweet tea and leftover enchiladas

WARNERMEDIA DEMOLISHES THE THEATRICAL WINDOW FOR 2021
There aren't many decisions in the entertainment industry that can legitimately be described as being "groundbreaking." But WarnerMedia's announcement today that it is is disregarding the traditional 90-day theatrical window in its entirety for at least 17 major titles launching next year. The studio plans to release the films to theaters and HBO Max on the same day in the U.S., a decision that I don't think any analysts saw coming. WarnerMedia still plans to stick to a traditional release plan in other parts of the world, which I suspect is as much a reflection of the limited global reach of HBO Max as it is any vote of confidence in the strength of the world's theatrical market.

"We are living in unprecedented times, which call for creative solutions, including this new initiative for Warner Bros. Pictures Group," Ann Sarnoff, chair and CEO of the WarnerMedia Studios said in a statement. "No one wants films back on the screen more than we do. We know new content is the lifeblood of theatrical exhibition, but we have to balance this with the reality that most theaters in the U.S. will likely operate at reduced capacity throughout 2021."

The films being released in this two-track way include Wonder Woman 1984, Dune, The Suicide Squad, The Matrix 4, The Little Things, Judas and the Black Messiah, Tom & Jerry, Godzilla vs. Kong, Mortal Kombat, Those Who Wish Me Dead, The Conjuring: The Devil Made Me Do It, In The Heights, Space Jam: A New Legacy, Reminiscence, Malignant, The Many Saints of Newark, King Richard and Cry Macho.

There are a lot of implications to this decision and it's going to take weeks before we see how it all shakes out. How will this decision impact the planning for other studios? Will this encourage Universal to change its current approach, which offers a shortened theatrical window? There had already been rumors that Disney was considering shifting some of their mid-level films directly to Disney+. Will this force them to accelerate that decision?

And what impact does this move have on HBO Max's competitors? And it's not just from the standpoint of having movie releases that can compete with the WarnerMedia lineup. How is any service going to cut through the promotional clutter this summer when major movies are hitting HBO just about once a week?

This move also makes me suspect that WarnerMedia has come to some sort of carriage agreement with Roku, even if it hasn't been announced. This decision is going to cost WarnerMedia a lot of money. But it will be a bloodbath if subscribers can't access the service on Roku devices.

And the most important question is the one we probably won't have an answer to until 2022. What will the theatrical window look like in the U.S. after the pandemic is under control? 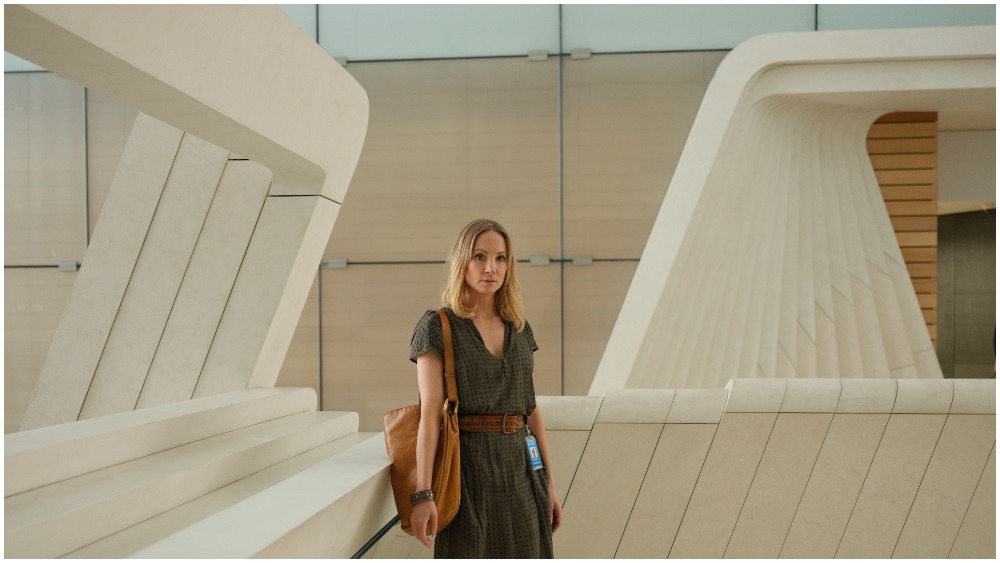 1) Anything For Jackson (Shudder)
After losing their only grandson in a car accident, grief stricken Audrey and Henry, a doctor, kidnaps his pregnant patient with the intentions of performing a “Reverse Exorcism”, putting Jackson inside her unborn child.

2) Battlebots Season Premiere (Discovery)
Sixty teams from across the globe have converged for the hardest hitting, unremitting, steel splitting tournament in combat robotics. Unproven rookies, up-and-coming stars and legends in the game will throw their fearsome fighting machines into the BattleBox for a chance to walk away with the preeminent prize in robotic sport:

3) Break (Netflix)
After a serious accident, Lucie tries to rediscover herself as a dancer and meets Vincent, a talented b-boy battling his own insecurities.

5) Chico Bon Bon And The Very Berry Holiday (Netflix)
The Fix-It Force makes a plan to hit every home as fast as they can, delivering Blunderberry Cakes before the town awakes to avoid a holiday disaster.

6) Conspiracies Decoded Series Premiere (Science)
Was the Titanic doomed before it set sail? Does the Turin Shroud really show Jesus Christ? Has Amelia Earhart’s body finally been found? Today, cutting edge forensic science may hold the key to solving these questions and more.

7) Flipping Across America (HGTV)
HGTV follows two sets of well-known stars and flipping masters with similar house purchase prices and reno budgets. Designer and real estate developer Alison Victoria guides viewers across the country to find out which of these experts best economize their flips.

8) Heaven's Gate: The Cult Of Cults (HBO Max)
An intimate, four-part series that explores the infamous religious movement and the stranger-than-fiction circumstances that culminated in the biggest mass suicide to ever take place in the U.S.

9) Just Another Christmas (Netflix)
Stuck in a time loop where it's forever Christmas, a family man who hates the holiday starts to learn valuable lessons about what's important in life.

10) Killer Cases Series Premiere (A&E)
Viewers get a first-hand look as they hear from police officers, forensic experts, witnesses, and sometimes even the defendants themselves. Then—with cameras inside the courtroom capturing every twist—the legal drama unfolds as the evidence stacks up and the final verdict is revealed. It’s a journey through the criminal justice process that gives viewers an inside look at real cases like never before.

11) My Gift: A Christmas Special From Carrie Underwood (HBO Max)
Underwood will appear with a live orchestra and choir, performing a combination of beloved traditional favorites celebrating her faith and the spiritual nature of the holiday, as well as new original material from the highly anticipated album which was released on vinyl October 30th.

12) Mysteries Of The Abandoned Season Premiere (Science)
An abandoned North Carolina ghost town which briefly served as the backdrop for the dystopian blockbuster film The Hunger Games. A world-renowned yoga center nestled in the foothills of the Himalayas that once recruited the likes of The Beatles and Mia Farrow in search for Nirvana, now untouched and left alone for decades. A vast labyrinth of subterranean tunnels lying beneath the busy streets of Ukraine with ties to KGB spies, Nazis and criminals who once called the catacombs home.

13) Rocket Around The Christmas Tree (Discovery)
In an epic and explosive holiday themed rocket competition, teams of deck-the-hall daredevils put their rocketry skills to the test each week as they compete in a series of explosive contests to determine who can take their holiday cheer to new heights and walk away with the coveted ‘Golden Rocket-Tree Topper’ trophy.

16) Swamp People: Serpent Invasion (History)
The Cajun Navy returns to Florida to help battle the incredibly dangerous and invasive species of Burmese pythons destroying the Everglades. Last year was just the start of a very successful hunt and capture of these aggressive creatures, but now, the pythons are breeding at unprecedented rates.

18) The Commons (Sundance Now)
Eadie (Joanne Froggatt) just wants a normal life, but the world around her won’t let her have it. A brilliant, 38-year-old neuropsychologist, Eadie longs to have a child with her vector biologist husband, Lloyd (David Lyons, ER, Eat Pray Love, Revolution), but multiple unsuccessful IVF treatments have put her dreams of motherhood on hold. Meanwhile, the world around her is in chaos, as global warming and parasitic diseases have made the divide between rich and poor even greater. The Commons is a compelling drama about how interpersonal relationships, and the needs, hopes and desires that everyone has, still exist in a rapidly changing world.

20) The Voice Holiday Celebration (NBC)
An array of “Voice” coaches past and present, some music superstars and many beloved artists from the “Voice” family perform holiday classics and popular modern favorites. Plus, Season 19 coaches, Blake, Kelly, John and Gwen share some of their favorite holiday traditions and memories.