Too Much TV: Your TV Talking Points For Tuesday, December 1st, 2020

Here's everything you need to know about the world of television for Tuesday, December 1st, 2020. I'm writing this from the Twin Cities suburbs, where AllYourScreens HQ is powered by iced tea and Nerds Gummy Clusters.

WHY AMAZON'S UI SUCKS: A PARTIAL ANSWER
I have spent a lot of time in this newsletter pointing out just how terrible a user experience it is to try and use Amazon Prime Video's app. Free video available with your Prime membership are intertwined with stuff you can rent or buy. The search function spits out erratic results, the attempts to curate content are laughable and the integration of outside content through  Amazon Channels can be more frustrating than entertaining.

Now, it's not as if the folks at Amazon don't realize their app is a disaster. There have been number of efforts internally to update it and back in 2018, there were reports that one might be close to being released to the public. Although the only meaningful change in the past two years has been the addition of the ability to create profiles.

Apparently my non-stop complaints about the UI have been noticed, because I have recently heard from two people at Amazon who offered to walk me through the reasons why the interface functions as it does. I was told upfront they couldn't discuss whether or not there were any current plans underway to change the UI and they declined to answer a bunch of other questions I had during the discussions. But it was still an interesting conversation. Even if it reinforced my speculations that sales and marketing efforts were the cause of many of the UI's worst problems.

One of the first things that was brought up was that anytime you try and juggle free and paid content, there are going to be conflicts. And it's true that most of the problems I have with Apple TV relate to their similar integration challenges. That's a valid point, although I'd argue that Apple does a much better job of delineating the two barrels of content.

At one point. Amazon apparently tested a stripped-down Prime video app that only included free content, but the feedback was that users felt there wasn't enough depth in the content offerings. And a small team put together a version of the UI that allowed users to switch various categories of content on and off. For instance, you could make all paid content or sports teases invisible. But the fear was that enough people would take advantage of the option to significantly impact revenue.

One of my biggest frustrations is that the current makes it so difficult to find less popular content in IMDB TV or in networks you subscribe to through Amazon Channels. In both cases, users are limited to a few rows of content collected under general categories such as "new" or "popular. But it's difficult to search IMDB TV for every TV show currently available. Or Showtime for movies that are older or less popular.

I never received a reasonable explanation for why the UI functions in that matter. There was some talk that most users were happy with "curation" and that you could still find the content if you searched by title. But if you don't know what's available, how do you know what to search for?

There was a lot of discussion about IMDB TV and an awareness that it would make more sense in the abstract to have it exist as a standalone AVOD rather than this service awkwardly integrated into the main Amazon Video UI. This is one of those decisions that has a lot of complex reasons behind it, some of which I can't talk about here. But the feeling is that having IMDB TV exist by itself would require Amazon having to give up some things to get it placed on Roku and Apple devices. And the feeling is that the trade-off isn't worth it right now.

I have a lot of sympathy for the plight of engineers trying to design a product while still serving the needs of several masters with very different needs. That being said, even after these discussions, I still think the company could do a better job with the UI without giving up too much on the sales and marketing side of the business.

SOME RECENT STUFF FROM THE WEB SITE:
I'm still getting up to speed, but here are links to some of the pieces that been posted at AllYourScreens in the past 24 hours or so: 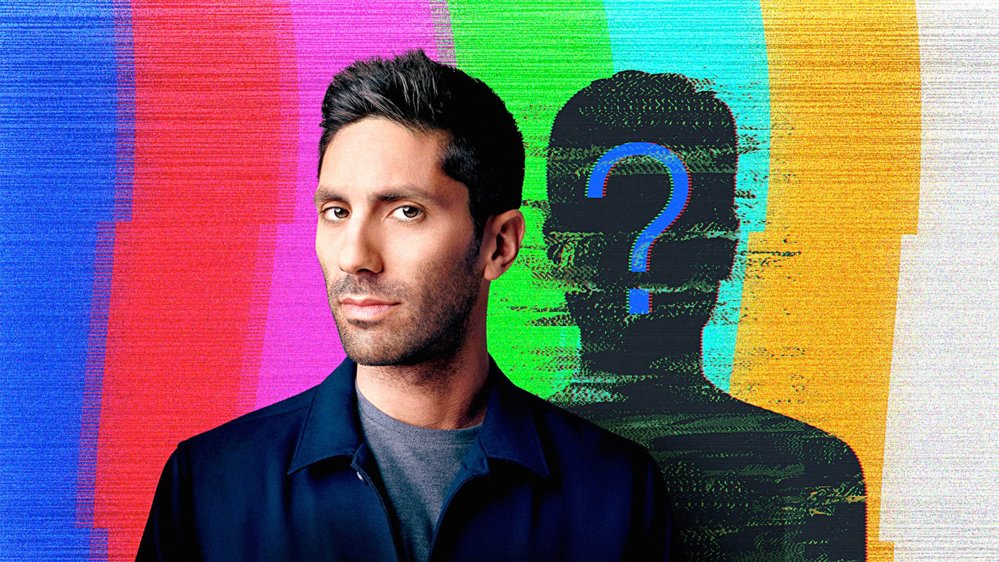 1) Angela's Christmas Wish (Netflix)
A determined Angela makes a wish to reunite her family in time for Christmas, then launches a plan to find her way from Ireland to Australia.

2) Atlas Of Cursed Places Series Premiere (NatGeo)
Author and adventurer Sam Sheridan travels the globe in search of the most cursed places on Earth. Entrenching himself in macabre modern day culture, Sheridan explores regional history and folklore, employs cutting-edge science to illuminate the dangers of the curse, and paints a new and revealing portrait of a doomed place and the people who live there in the process.

3) Catfish: The TV Show Season Premiere (MTV)
Why is that person lying to you on the Internet?

4) Mighty Cruise Ships Season Premiere (Smithsonian)
A 180-pasenger Viking longship built to "duck" under low bridges and a 5,550-passenger mega-ship delivering over-the-top adventures. A liner that offers rugged hiking trails and another that offers opulence and the finest tastes. This season, we travel the globe aboard the most dynamic passenger ships in the world and meet the dedicated teams that keep their vessels running and their passengers entertained. From Norwegian fjords to Bavarian castles to an up-close look at Stonehenge, it's a wild and breathtaking six-part voyage.

7) The Holiday Movies That Made Us (Netflix)
Unwrap the real stories behind these iconic Christmas blockbusters, thanks to insider interviews and behind-the-scenes peeks.

8) The Witmans (Investigation Discovery)
In 1998, 13-year-old Greg Witman stepped off the school bus and 11 minutes later, Greg’s older brother Zach frantically called 911 to report that he had found Greg lying in a pool of blood. 15-year-old Zach went into shock – and then was taken into custody as the police’s only lead. What followed Greg’s murder is a harrowing decades-long journey of one family trapped in a double tragedy - a cruel intersection of small-town panic, media frenzy, and a fractured criminal justice system.