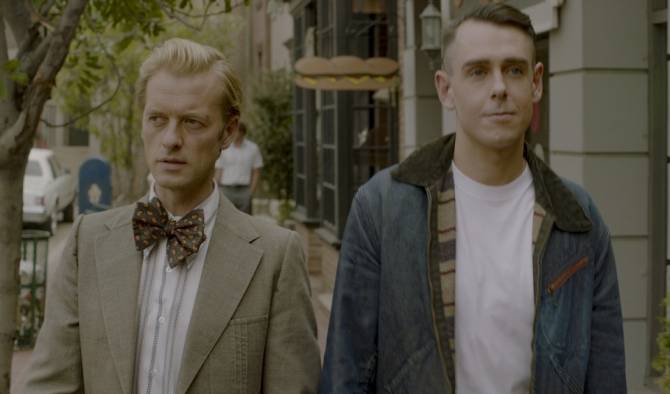 NCIS kicked off its 18th season last week and the episode was a reminder that as much as I love the show, it feels like a series that is contemplating its eventual ending.

I would argue that until season 14, there wasn't a more consistent procedural on television. The ensemble was tight, the writers knew the characters and how to gently build out the mythology of the ensemble. Mark Harmon's Leroy "Jethro" Gibbs has always been the creative and emotional center of the series. But Gibb's gruff and taciturn character meant that it was up the rest of the cast to fill in the emotional heart of the show. The result was an ensemble that fit together like a handmade Italian supercar. Every part working in conjunction with the other, every character driving the show forward.

But the exit of Michael Weatherly (Anthony "Tony" DiNozzo) at the end of season 13 led to a cascade of changes that NCIS has never quite recovered from. David McCallum (Dr. Donald "Ducky" Mallard) went to a part-time recurring character towards the end of the following season and Pauley Perrette (Abby Sciuto) left at the end of season 15. Leaving Harmon and Sean Murray's Timothy McGee as the only remaining characters from the early days of the show.

NCIS has attempted to rebuild the ensemble back in recent seasons with limited success. Jennifer Esposito (Alex Quinn) only lasted one season. Duane Henry (Clayton Reeves) was brought on full-time for seasons 14 and 15 and then killed off. Even the newer characters that have remained have become little more than ways to provide some exposition for the episode or give Gibbs and McGee someone to interact with on a regular basis.

Emily Wickersham (Ellie Bishop) was brought in during season 11 to fill the place of the departed Cote de Pablo (Ziva David). But after an interesting debut, Bishop was eventually given a divorce and progressively given less to do each season. For the most part, she now just serves as a foil (and possible love interest) for Wilmer Valderrama's Nick Torres. Neither one of them are given much of a chance to do anything, except react to Gibbs and do a bit of investigation.

Mario Bello (Jacqueline "Jack" Sloane) was brought in during season 15 and the role appears to have been created to be a foil/possible love interest for Gibbs. And watching her character is a frustrating experience because you can tell the writers can't quite get Sloane to jell. Some episodes she does little more than come in, give Gibbs the stink eye and encourage him to talk about his feelings. Joe Spano (FBI Agent T.C. Fornell) has also been frequently used in recent seasons as a friend/sounding board for Gibbs, although to do that his character keeps getting involved in increasingly unlikely scenarios. 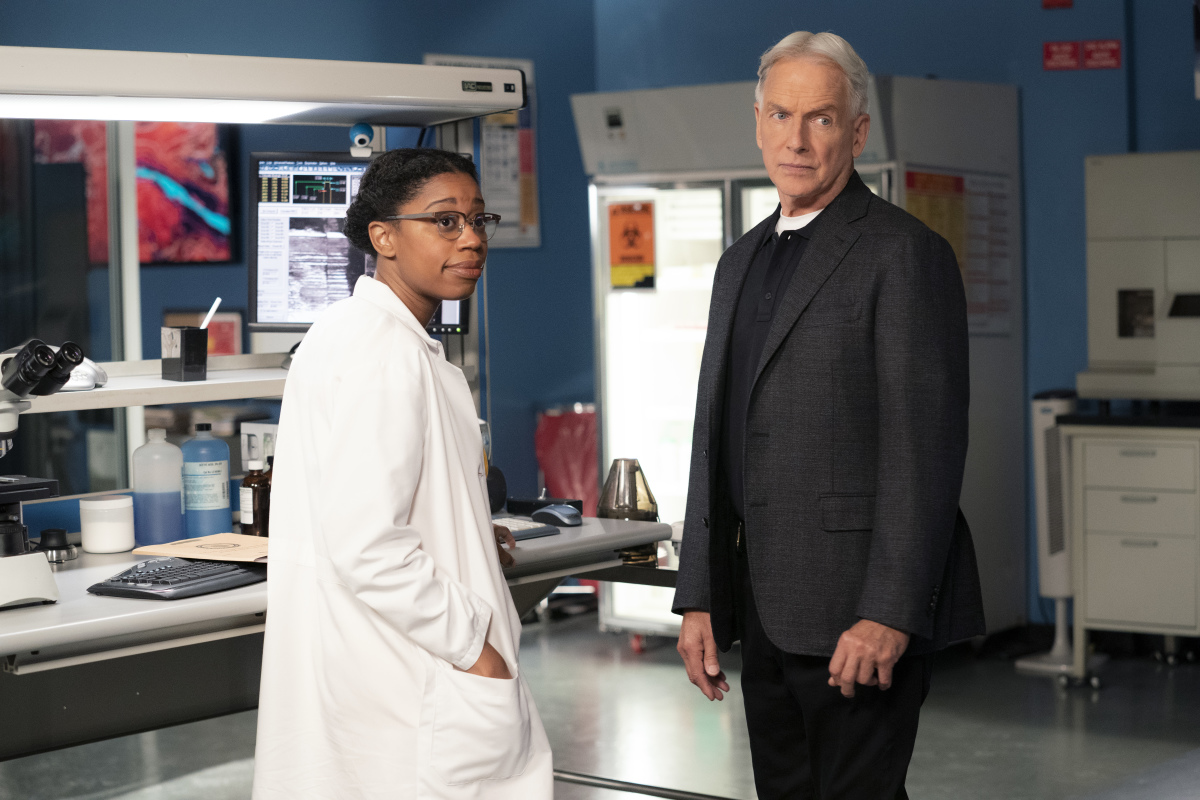 But a couple of things have worked very well in recent seasons. Diona Reasonover joined as Kasie Hines, replacing fan favorite Abby Sciuto. And it's a transition that has worked well. She doesn't generally have more than a scene or two in any episode, but she gets the job done and her character brings some much-needed youth to the cast. And as the rest of the ensemble has floundered at times, Gibbs and McGee have evolved into more of a father-son dynamic. Last season's pandemic-shortened season ended with Gibbs asking McGee to sit for awhile so he could share memories of his military service that he had never spoken about with anyone before. Their evolving relationship is often the best thing about NCIS in recent seasons.

And we're left with a show that really only works now when the episode directly involves Gibbs or somehow touches on some aspect of the Gibbs mythology. So given all of that, it makes sense that the 400th episode of NCIS would flashback forty years to tell a previously unknown story about Gibbs and Ducky.

A man is found dead in the NCIS basement and he is connected to a case that Gibbs was associated with back when he was still a young Marine headed off to sniper school. The present-day case doesn't amount to much, but it's really only there to give David McCallum a reason to return (always a welcome sight) and a way to set up the flashback portions of the episode. We get to see how Gibbs and Ducky first met, hear a bit more backstory about Gibbs and his future wife Shannon and even a reminder of how Gibbs was first introduced to the house he has now lived in for years. 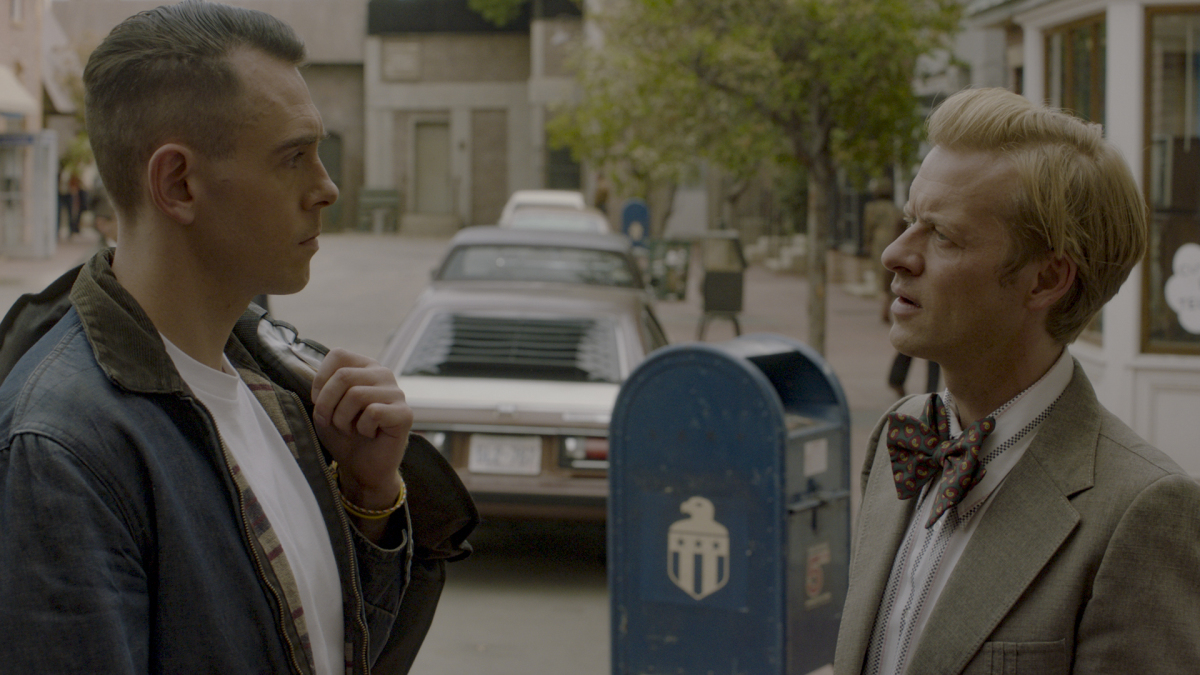 The flashback scenes are most of the reason to watch the episode and they are exceptionally well done. Sean Harmon and Adam Campbell are perfectly cast as young Gibbs and young Ducky and the parts of their backstory introduced in the episode deftly reveal some new facts about the duo for fans. In fact, while I don't think this episode was designed to be a back-door pilot, CBS should really consider signing them both to star in a "Young Gibbs" series. Which would be a great project for the upcoming Paramount+ streaming service.

At the 400-episode mark, it seems petty to complain that NCIS is in a holding action. But it sure feels that way. The series will likely last as long as Harmon wants it to and I hope that the way his character is being framed hints at some exit in the not-too-distant future. I still love NCIS. But sometimes you need to know when to let go of the things you love.