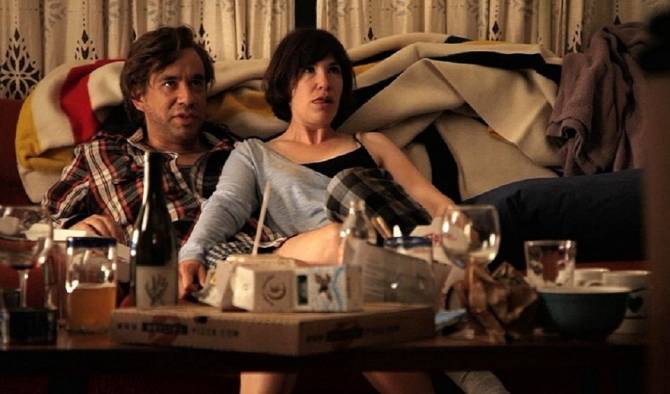 Too Much TV: Your TV Talking Points For Monday, November 16th, 2020

Here's everything you need to know about the world of television for Monday, November 13th, 2020. I'm writing this from the Twin Cities suburbs, where AllYourScreens HQ is powered by super-strong coffee and cheese sticks.

WHY NETFLIX IS A LOT LIKE FORTNITE
There are a lot of people in the television industry who hate bingeing. Some of it is just a generational unease: watching eight episodes back-to-back isn't the way I grew up watching television! Most TV critics hate it because viewers getting an entire season at once compresses the amount of time they have to cover the series. And because they tend to think they have more influence on viewing habits than they do, they conflate fewer opportunities to write weekly episodic recaps with less buzz about a show.

A lot of Hollywood creatives dislike the practice as well. They have some of the same qualms as the critics do when it comes to compressed promotional timelines. There is a sense that dumping an entire season at one time makes it feel as if the season has come and gone within several weeks. And that not releasing an episode a week means the show doesn't have an opportunity to build an audience and drill its way into the cultural zeitgeist.

And any time a show does very well being released an episode a week, there are lots of snarky hot takes along the lines of "See, The Mandalorian did just great and it was released one episode at a time!" Which is a version of the same creative impulsive that led every music label in 1967 to tell the rock bands they had signed that "See, The Beatles did well with a concept album. Everyone should do one!"

While the best answer to the question "Is bingeing a good idea" is the very practical but not all that exciting response "It depends." But the question also opens up another related conversation about how bingeing television is at its core a marketing tool.

My 15-year-old son plays the Battle Royale game Fortnite. At its core, Fortnite isn't all that different that a lot of other games with similar concepts. But Fortnite has become a gaming juggernaut because of the way it uses change to create an overall experience greater than the game. Fortnite creator Epic Games has crafted a series of built-in changes into the game, ensuring that there is always something new to experience. The game is broken down into discreet "seasons," which are massive changes to the gameplay that happen about every 10-12 weeks. But inside each season are a seemingly endless number of new tasks, challenges, mini-games, characters, skins and weapons. When you play Fortnite, it feels as if there is something new every time you log on. The game uses change as a way to increase engagement.

And I'd argue that Netflix uses bingeing in the same way. Sure, given the amount of new content Netflix adds each week, drawing out every season with a once-a-week episode release would be a marketing and promotional nightmare. But more importantly for Netflix, the rapid cycling through of content has become a core feature of the service. While there are going to be some times when you sign onto Netflix for a specific show, most times you just sign on and see what's new. The bingeing release schedule ensures that there are always new options and plenty of good things to watch that you missed when they originally premiered. For Netflix - like Fortnite -change is the best marketing tool it has.

PLUTO TV AND THE GLOBAL MARKET
Protocol's Janko Roettgers has a good interview with Pluto TV CPO Shampa Banerjee. She previously worked at the Indian streaming service Eros Now, and in the interview she talks about the very real differences in how streaming customers globally differ from those in the U.S.:

We're always very U.S.-centric. We think everyone is like us, with 500 devices. It's not [like that]. [If you are] launching in Latin America, for instance, casting is very important. That's how the family watches. Everyone, mobile is what they have. They have one big screen. That's it. And it may not even be a smart TV. So they buy a casting stick, and that's what they're using. Behaviors outside of the U.S., they're quite different.

IN CASE YOU MISSED IT:
There was a lot of new stuff posted to AllYourScreens over the weekend. Here are links to some of the highlights:

QAnon Supporters Are Pretty Sure A Biden Campaign Guy Was Arrested. Even Though The Photo Is Of Cuba Gooding Jr.