Too Much TV: Your TV Talking Points For Thursday, October 8th, 2020

Here's everything you need to know about the world of television for Thursday, October 8th, 2020. I'm writing this from the Twin Cities suburbs, where AllYourScreens HQ is powered by McDonald's coffee & banana bread.

TUBI ADDS LIVE STREAMING OF LIVE NEWS FEEDS FROM 17 FOX STATIONS
Since Fox acquired the free, advertising-supported streaming service Tubi in February, it has slowly been expanding the programming mix of the service. Today Tubi is making a more substantial change, adding a "News On Tubi" section, which will include news feeds from 17 local Fox stations, as well as offerings from a number of other news services.

Rival AVOD Pluto TV (owned by Viacom) also announced expansions on Thursday, saying it will be rolling out into Spain at the end of October, and into France and Italy in Q1 of 2021.

PROGRAMMING NOTE
Minnebar is a Twin Cities-based tech gathering that in previous years was a day-long conference featuring as many as a dozen simultaneous sessions covering everything from obscure programming languages to how to sell off your media business. Minnebar 2020 is virtual and this Saturday I'll be doing a session entitled "Building A Successful News Site." It runs from 11:30-11:55 am CT. Registration is free. https://sessions.minnestar.org. The is the second virtual session I've done in the last month and while I like to talk as much as the next person, I do miss the interaction of a live audience.

ODDS AND SODS
Apple TV+ has renewed Dickinson for season 3 and announced season two will premiere on January 8th, 2021. 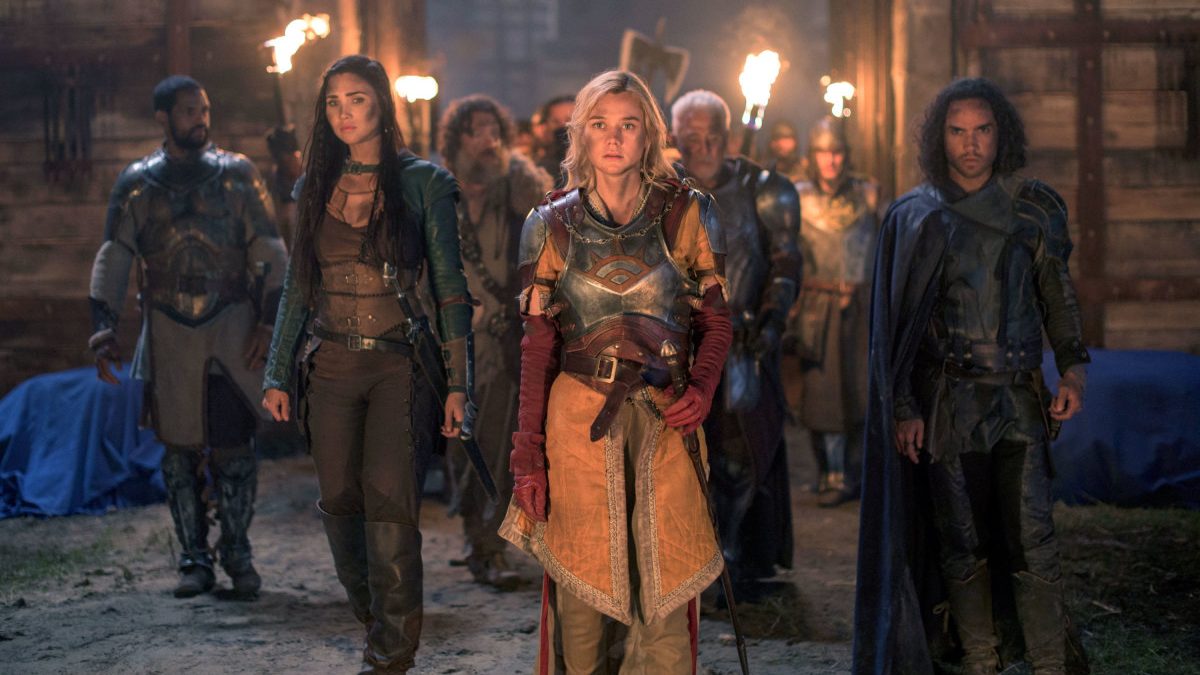 2) Closer Look Thursday (NBC)
As the monumental election gets down to the wire, Meyers and “Closer Look Thursday” will dissect the events of the day, up-to-the-minute breaking news and other important facts as America begins to cast its vote.

3) Connecting...Series Premiere (NBC)
This new ensemble comedy about a group of friends trying to stay close (and sane) through video chats as they share the highs and lows of these extraordinary times.

4) Good Eats: The House That Dripped Chocolate (Food)
Shot in black and white, the story begins when a cook, played by Brown, buys an old candy cookbook that turns out to be cursed. Every time he makes a treat, the tricks get weirder...not to mention more painful.

5) Injustice With Nancy Grace Season Two Premiere (Oxygen)
Grace continues to shine a light on the investigative and legal injustices in the cases of Lori Vallow's children, JJ Vallow and Tylee Ryan, Jennifer Dulos, Chase Massner, and others along with a special episode on the unfolding story of murdered US Army soldier Vanessa Guillén. Grace lends her expertise in each episode and examines circumstances that illustrate the varied failures, biases, and inconsistences in the legal system. She also focuses on the ways law enforcement, communities, and victims’ families forge a path forward in seeking justice. As Grace explores these twisted stories of injustice, she helps everyone come out on the other side with a new understanding while also helping solve one of the cases herself.

6) Phantom Signals Series Premiere (Science)
We are surrounded by an endless stream of infinite data, with information bombarding us from seemingly every direction. These signals, which are part of our everyday operations, help define our understanding of the Universe, and largely go unnoticed. That is until a glitch occurs. A blip on a screen, a faulty frequency, or a mysterious interference – what are these unknown signals? Where are they coming from? And what do they really mean?

7) Supernatural Season Premiere (The CW)
Sam (Jared Padalecki) and Dean (Jensen Ackles) discover a wood nymph (guest star Meagen Fey) living in the bunker who is determined to protect her family, at any cost.

8) Suspicious Minds Series Premiere (Investigation Discovery)
It's human nature to question things - especially when your safety may be at risk - but when a grim suspicion turns into a horrid reality, it may be time to take things into your own hands. This series reveals the terrifying journeys of real people who suspected imminent danger and became fixated on finding the truth. From stalkers to criminal cover-ups and killers on the loose, emotional first-person interviews detail the endless twists and turns that come with following a dangerous hunch, leaving viewers anxious to learn who the culprit is until the very end. Did I really just see that? Will anyone believe me? Am I imagining things? Can I trust anyone? Nothing is as it seems and everyone is a suspect.

9) The Cleansing Hour (Shudder)
Two entrepreneurs live stream elaborate fake exorcisms until one of the possessions becomes a little too real.