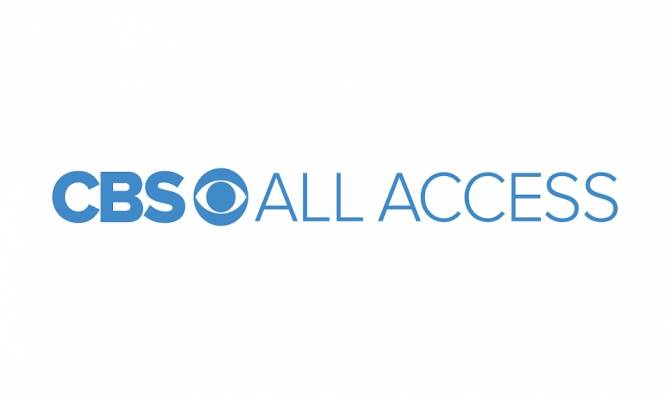 Too Much TV: Your TV Talking Points For Monday, September 14th, 2020

Here's everything you need to know about the world of television for Monday, September 14th, 2020. I'm writing this from the Twin Cities suburbs, where AllYourScreens HQ is powered by lukewatm coffee and pineapple chunks.

SO HOW MANY SUBSCRIBERS DOES CBS ALL-ACCESS REALLY HAVE?
One of the biggest challenges about covering the streaming world is that the various media companies have a very different idea than I do about the meaning of the word "transparency." For them, it means, "we'll provide some general data points that are so vague as to be essentially useless." On the other hand, I think of transparency as meaning "numbers and metrics that allow me to compare apples to apples."

CBS All-Access is a primary example of this issue. You would think that revealing a metric as simple as "number of subscribers" would be the lowest possible threshold of transparency. And yet ViacomCBS is continuing the practice of rolling the subscriber numbers for CBS All-Access and Showtime together, making it impossible to determine things such as the rate of subscriber growth.  ViacomCBS CEO Robert Bakish was at the Bank of America Virtual Media, Communications & Entertainment Conference last week and this answer he gave about transparency perfectly illustrates the company's definition of transparency:

Jessica Reif Ehrlich: So while these metrics are really impressive, you still don't break it out as a separate item, is DTC comfortable on it. What point will you breakout revenue and EBITDA potentially allowing ViacomCBS to get more credit for these growing assets?

Robert Bakish: Yes Jessica when we combine ViacomCBS, one of the commitments we made was to enhance the disclosure. And as part of that, we now report key streaming related metrics on a quarterly basis. These metrics include Pluto MAUs, pay subscribers, as well as domestic streaming and digital video. And to your comment that disclosure shows that as Q2 we had over 16 million domestic subscribers in pay and 33 million global MAUs in free and again, strong growth rate.

It also showed we had close to $2 billion in domestic streaming revenue on an annual run rate basis that's up - it was up 60% in 2019, it's up 37% year-to-date in the second quarter. And that includes the impact of COVID on digital advertising in Q2. So, we believe this disclosure is helping investors begin to understand the very real value we're creating, particularly in the streaming space and this disclosure does mirror how we run the business because for us streaming is embedded in across multiple business units.

So we don't report it as a consolidated segment. Instead, we're using these additional metrics to provide investors the visibility they need to measure our growth. But that said, as our streaming efforts evolve, we're going to continue to assess whether changes in reporting are warranted.

SPEAKING OF METRICS:
It's always interesting to get some sort of audience numbers for Netflix, although the out-of-context nature of them can make them only slightly useful. Overnights.tv provides ratings for the UK market and it has been able to track the numbers for several shows now on Netflix because they had previously aired on linear TV in the UK. The numbers are worth noting, although I don't know that they provide any sort of clarity overall. The service reports that the 2013 Gillian Anderson series The Fall generated about 500,000 views on just one day last week. Which sounds impressive...I think.

The Overnights.tv Top On-Demand Viewing list is assembled by collating smart-TV viewing and viewing on PCs, laptops, tablets and phones.

ANOTHER STORY ABOUT SEXUAL ALLEGATIONS BURIED BY SKITTISH MANAGEMENT
While at first glance this might seem like a local news story, it's also example of how even local news organizations can balk at publishing stories alleging sexual misconduct. Reporter Marianne Combs, who worked at Minnesota Pubic Radio for 23 years, resigned on Monday and said she was doing so because management at the organization had been reluctant to publish a story that alleged a DJ at the company's sister station The Current was guilty of multiple examples of sexual misconduct:

I have spent the past two and a half months investigating allegations made about the conduct of a DJ at our sister station, @TheCurrent. In that time, I gathered testimony from eight women who say that he sexually manipulated and psychologically abused them.....I also interviewed the directors of a summer church camp who told this DJ he was no longer welcome to volunteer there because of his inappropriate behavior with teenage girls. I found out that in June he was fired from another job where he worked with children; that organization is now conducting an investigation into his time there.

Combs goes on to say that while management at MPR hadn't technically refused to publish the story, they hadn't moved forward with it, either:

Despite this, my editors have failed to move forward on the story. They have countered that the DJ’s actions were, for the most part, legal, and therefore don’t rise to the level of warranting news coverage. They described him as “a real creep,” but worried that airing a story about his behavior would invite a lawsuit.

Losing Combs would be a massive launch for any news organization. But as she notes in her resignation tweets, this isn't the first time that MPR has been reluctant to publish stories about alleged sexual misconduct.

ODDS AND SODS:
The Recording Industry Association of America released its 2020 midyear report and it's pretty much what you would expect. While a lot of attention has been focused on the fact that records provided more revenue than CDs for the first time in more than 30 years, physical purchases only provided 7 percent of the industry's revenue. Although the RIAA notes that percentage was likely impacted by the prolonged shutdown of record stores due to the pandemic.

The full-length movie Thomas And The Magic Railroad is coming to movie theaters for one day only in October.

1) Dancing With The Stars Season Premiere (ABC)
The show has a new host in Tyra Banks and the network promises all sorts of changes to the format. We'll see how that looks tonight.

3) Enslaved (Epix)
Featuring Samuel L. Jackson, this six-episode docuseries explores 400 years of human trafficking from Africa to the New World by following the efforts of Diving with a Purpose, as they search for and locate six slave ships that went down with their human cargo.

4) Halloween Baking Championship Season Premiere (Food)
Hosted by Carla Hall, the competitors nerves and skills are tested like never before as they bake their way through a haunted house brimming with challenges through seven episodes. Judges Stephanie Boswell and Zac Young join Carla to determine whose devilishly delicious desserts earn $25,000 and the title of Halloween Baking Champion.

5) Inside Monaco: Playground Of The Rich (True Royalty TV)
This three-part series gives viewers and unprecedented and intimate view into Monaco’s Royal Family — which is currently led by Albert II.  Prince Albert, who is the son of the late Prince Rainer III and Princess Grace (formerly the legendary American actress Grace Kelly), oversees virtually every aspect of the Monaco’s daily business; a country with the highest concentration of millionaires in the world. The series goes behind the scenes at the Royal palace and follows the life of Prince Albert II and his wife Princess Charlene. Viewers will also hear from Prince Albert’s famous sisters, Princess Caroline and Princess Stephanie, as well as royal grandchildren, royal chefs and sommeliers, and the Princely guard - known as the Carabiniers - who protect the Royal Family.

6) Lara And The Beat (Netflix)
When their glamorous, fast-paced lifestyle comes to a screeching halt, two sisters try to rebuild their fortunes through music and enterprise.

7) POV: Love Child (PBS)
On a cold winter's day a plane arrives in Istanbul with four-year-old Mani, and his parents on board. Though they seem like any other family on a trip, the little boy doesn’t know that the journey is an escape, that the three of them can never return to Iran and that the 'uncle' he is travelling with is really his biological father. With adultery punishable by death, this family could never live together in Iran, so they flee their country in search of a safe place in the West where they can build a life together.

8) The Third Day Series Premiere (HBO)
Told over the first three episodes, "Summer" stars Jude Law (HBO’s "The New Pope") as Sam, a man who is drawn to a mysterious island off the British coast where he encounters a group of islanders set on preserving their traditions at any cost. Isolated from the mainland, Sam is unable to leave the idyllic and dangerously enchanting world he has discovered, where the secretive rituals of its inhabitants bring him to grapple with experiences of loss and trauma hidden in his past through the distorted lens of the present. As boundaries between fantasy and reality fragment, his quest to unlock the truth leads the islanders to reveal a shocking secret.

10) We Are Who We Are Series Premiere (HBO)
A story about two American kids who live on a U.S. military base in Italy, the series explores friendship, first-love, identity, and immerses the audience in all the messy exhilaration and anguish of being a teenager – a story which could happen anywhere in the world, but in this case, happens in this little slice of America in Italy.