Too Much TV: Your TV Talking Points For Thursday, September 10th, 2020

Here's everything you need to know about the world of television for Thursday, September 10th, 2020. I'm writing this from the Twin Cities suburbs, where AllYourScreens HQ is powered by McDonald's coffee and a gluten-free cinnamon/banana muffin.

It's good to be back after a few days off for Labor Day. I also have been getting my 15-year-old ready for his sophomore year of high school, which is just as confusing as you might expect in the middle of a pandemic.

THE SECRET TO TIKTOK'S ALGORITHM
ON Wednesday, TikTok gave some reporters a behind-the-scenes look at how it uses data to serve up videos it believes users are most interested in seeing.

Basically, when users first sign into TikTok, they're presented with eight videos that cover some general topics such as news, movies, music, etc. TikTok then uses the information it gathers about the user's preferences to further narrow the eight videos shown in the future. As you might expect, TikTok tries to anticipate a user's preferences by tracking a variety of metrics: subject matter, hashtags, favorite creators, language, country setting, captions and device type.

Once their machines have learned enough about a user's preferences, they group users into a "cluster," which includes other users who have similar preferences. It also groups videos into "clusters" of similar topics and languages. It then uses data to exclude videos from the preferred feed based on global location, language and to prevent users from seeing a stream of videos from the same creators.

TikTok execs did admit that like other services such as Facebook that use machine learning to help craft feeds, it struggles with the side effects inherent with any data-driven algorithm: creating filter bubbles that end up only delivering exactly the data the user is most likely to find engaging. That bubble tends to magnify problems with the spread of conspiracies and false information. TikTok is taking several steps to try and solve the problem, which includes using human content reviewers to filter videos from controversial users, along with experiments to see how much the filter can be expanded without adversely affecting engagement.

I don't know that I was surprised by anything I learned, but I appreciated the company's efforts at transparency. I wish some of the streaming services that use machine learning for content surfacing (cough, Netflix) would be as willing to discuss their methodology with the press.

AD-SUPPORTED VERSION OF HBO MAX REPORTEDLY SET FOR Q2 2021 LAUNCH
It's no secret that HBO Max hopes to have a free, ad-supported version of its service launched sometime in the first half of 2021. This piece in Digiday provides a bit more information, reporting that ad buyers have been told the AVOD HBO Max will launch in the second quarter of 2021:

WarnerMedia has told ad buyers that it plans to roll out HBO Max’ ad-supported tier in the second quarter of 2021, according to agency executives who have been briefed on the matter. One of the agency executives said that WarnerMedia has left the door open to debut the ad-supported tier in the late first quarter in time of the NCAA men’s college basketball tournament, which partially airs on WarnerMedia’s TV networks. A WarnerMedia spokesperson declined to comment.

Most interesting to me is the way WarnerMedia is approaching ad sales. While it's keeping the ad load pretty low, it is also apparently asking a relatively high CPM for its ads:

The company is asking that advertisers spend at least $250,000 per quarter, according to the agency executives. “The cost of entry is really low,” said a second agency executive. However, WarnerMedia is setting high CPMs for its ads, so that $250,000 may not go so far. The company is setting the CPMs at the agency level, so the executives declined to discuss specifics but said the CPMs are in the range of CPMs for primetime broadcast TV shows, which can hover around $80. As a result, the lower commitment may make it easier for HBO Max to attract a large number of advertisers, but the high CPM is likely to lead some advertisers to wait until they have a better sense of what they would be getting in return for that money, said a third agency executive.

WarnerMedia is taking a different tact in pitching its streaming service than NBCUniversal did when lining up advertisers for its Peacock streamer. Instead of seeking out a small number of exclusive launch sponsors that would pay tens of millions of dollars, WarnerMedia is looking for a broad array of advertisers to run ads across HBO Max. To that end, the company is aiming its pitch at agencies that will then identify particular clients to advertise on the service.

#CANCELNETFLIX
I am generally skeptical of social media campaigns arguing for a boycott of some company. But it's worth noting that one of the hottest topics on social media today comes from people who claim they are cancelling their Netflix account because of what they consider as inappropriate sexuality in the movie Cuties. The film won the Directing Jury Award at the Sundance Film Festival and its screening there garnered almost universal positive reviews. Netflix had previously apologized for the marketing materials released for the film, which were criticized for sexualizing underage girls, but now that the movie is available to users, a campaign has sprung up which claims Netflix is distributing what amounts to child pornography.  The film tells the story an 11-year-old Senegalese Muslim girl who joins a dance group and "rapidly grows aware of her burgeoning femininity — upsetting her mother and her values in the process."

While I don't agree with some of the criticisms, I'm all for having a discussion about it. But it didn't take long for social media complaints about the film to get lumped into these QAnon-related conspiracy theories about Hollywood being the center of a worldwide pedophilia ring. And those type of nutty claims make it very difficult to have a rational discussion about content.

ODDS AND SODS
If your TV jam is watching a divorced couple combine flipping houses with passive-aggressive hatred, then you'll be happy to know that HGTV's Flip Or Flop  with Tarek El Moussa and Christina Anstead is returning for a new season on Thursday, October 15th.

Horror-centric streamer Shudder has started production on season two of the anthology series Creepshow. This season's guest stars include Anna Camp (Pitch Perfect), Keith David (The Thing), Ashley Laurence (Hellraiser), Josh McDermitt (The Walking Dead) and Adam Pally (The Mindy Project). According to Shudder, the first season of Creepshow  set "records for Shudder in number of viewers, new subscriber sign-ups and total minutes streamed to become the most watched program in Shudder history."

Starz has greenlit a series spinoff of the provocative and critically-acclaimed Lionsgate film Blindspotting. Rafael Casal and Daveed Diggs, who also starred in the film in addition to writing and producing it, will write and executive produce the half-hour dramedy. Casal will serve as the series showrunner in addition to having a recurring role. 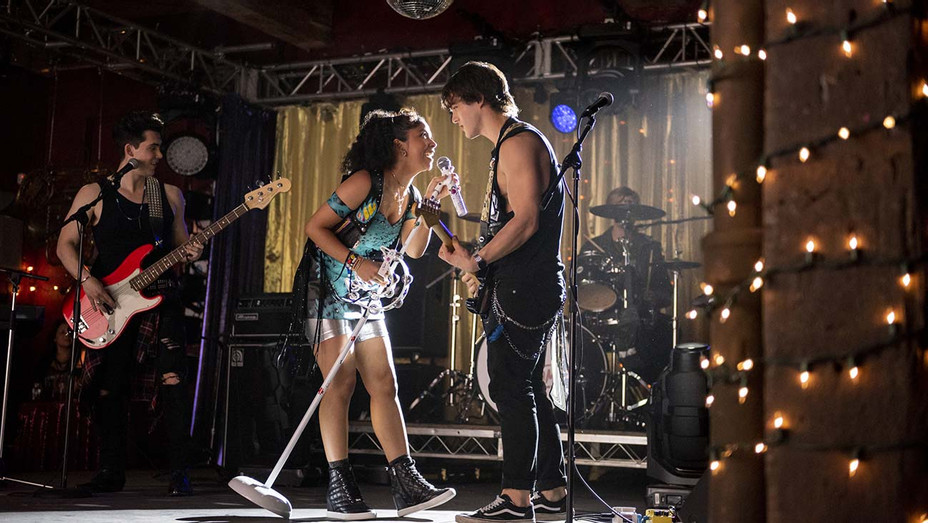 1) Bin Laden's Hard Drive (NatGeo)
Nearly 470,000 digital files; 250 gigabytes of data; more than 100 USB drives, DVDs and CDs; five computers; and multiple cell phones… Piecing together every shred of evidence from these items taken from the Abbottabad Compound where Osama bin Laden was killed, this special scrutinizes the al-Qa’ida founders’ layered personal psychology; his relationship with his family; the lens through which he viewed faith and religion; and his nihilistic legacy of violence and destruction. Premiering Thursday, September 10, at 9/8c, the special offers a roadmap into the mind of a mass murderer that offers increasing twists and contradictions the deeper it goes.

2) Impact Of Murder Season Two Premiere (Investigation Discovery)
Using the gripping victim impact statements delivered in court as the driving storytelling technique, this series showcases how victims can be empowered against their perpetrator to stand up in court and confront them – and in some cases, unexpectedly find forgiveness. Through a victim’s own words, viewers understand the horror they endured or the significance of the life that was taken, providing an acute and emotional understanding of the collateral damage of murder.

3) Julie And The Phantoms Series Premiere (Netflix)
Teenage Julie finds her passion for music and life while helping the Phantoms -- a trio of ghostly guys -- become the band they were never able to be.

4) Tamar Braxton: Get Ya Life! Series Premiere (WEtv)
To save her small law firm, earnest lawyer Susan (Rachael Leigh Cook) takes a high-paying case from Nick (Damon Wayans Jr.), a charming new client who wants to sue a dating website that guarantees love. But as the case heats up, so do Susan and Nick's feelings for each other.

5) The Babysitter: Killer Queen (Netflix)
Two years after defeating a satanic cult led by his babysitter Bee, Cole's trying to forget his past and focus on surviving high school. But when old enemies unexpectedly return, Cole will once again have to outsmart the forces of evil.

6) The Gift Season Two Premiere (Netflix)
Reckoning with a different world, Atiye races against time to realize her destiny as the mysterious syndicate behind Serdar threatens the future.

7) The Idhun Chronicles (Netflix)
After a necromancer takes over the magical world of Idhun, two adolescent earthlings help fight an assassin sent to kill all Idhunese refugees on Earth.

8) Unpregnant (HBO Max)
Seventeen-year-old Veronica (Haley Lu Richardson) never thought she’d want to fail a test—that is, until she finds herself staring at a piece of plastic with a blue plus. With a promising college-bound future now disappearing before her eyes, Veronica considers a decision she never imagined she’d have to make. This never-taken-lightly decision leads her on a 1000 mile hilarious road trip to New Mexico over three days with her ex-best friend, Bailey (Barbie Ferreira) where they discover sometimes the most important choice you’ll make in life is who your friends are.