Here's everything you need to know about the world of television for Monday, August 31st, 2020. I'm writing this from the Twin Cities suburbs, where AllYourScreens HQ is powered by hot tea and cinnamon/raisin bagels.

NETFLIX OFFERS A FEW MOVIES, TV EPISODES FOR FREE
Offering some subscriber-only content for free is an increasingly common way to encourage people to sample before hopefully subscribing. Netflix is trying its own version of the idea, by offering up a few movies and the first episodes of several of its higher-profile TV shows for free. Here is the link for the offer on the Netflix site and while I think it's a good idea in the abstract, it's not any potential big driver of new subscribers. That being said, the costs to Netflix for doing this is close to zero and at a time when domestic subscriber growth is slowing, there is a lot of motivation for the service to become increasingly more inventive with their promotional efforts. No one outside Netflix has any idea what the current customer acquisition costs are for Netflix. But given what I know about other streamers, I would be surprised if it was under $50. So offering a few movies and TV episodes for free is a cheap way to do some marketing.

THE CASE FOR NETFLIX AND DRIVEINS
Speaking of marketing ideas, one of the advantages Netlfix has is that it owns n increasing amount of its original content. And owning things give you some flexibility in how you can that content in marketing efforts. For instance, owning content means you can offer up free samples, as in the case of the previous story. But it also opens up some other possibilities.

It's not easy owning a drive-in or independent movie theater. It's a battle to get popular titles and even when you can, they are extremely expensive. And then there are all of the weird contractual quirks, like the one that prohibits drive-ins from screening "Tenet" unless they are located in an area where the movie will also run in traditional movie theaters. The consolidation of Disney and Fox also led to a number of Fox movie titles being pulled from future bookings in indie movie theaters. These theaters are eager to get movies that are somewhat pre-sold and can acquired at a reasonable cost.

I'd like to see Netflix begin packaging some of their older titles for limited theatrical runs. These are titles that are likely on the long tail of their streaming viewership, but still would be interesting to see on a big screen. I certainly would pay to see "Extraction" or "Rim Of The World" on a big screen. And it would be a prime chance for some customer acquisition. Offer moviegoers a special code for a 3-month discount or some similar subscription-driving offer. Odds are that people watching a Netflix movie at a drive-in are less likely to be a current subscriber than the normal random American.

There are some costs to Netflix for this idea. While the company doesn't discuss the contractual outlines of their productions, I spoke to a few people on background who have done projects for the streamer. In some cases, Netflix apparently has deals which would allow it to screen a film in theaters without any additional costs. But in some cases, a theatrical run would trigger some additional payouts or require an update to the original production deal. Either way, the costs are relatively modest and there is a decent upside to the idea. Especially given the press coverage that Netflix would get for the idea.

THE CULT OF EXECUTIVE TRACK RECORDS
This is an idea I'm going to be fleshing out in a future piece, but I think it's worth talking about a bit now. I just read a long post from an industry analyst who was writing about a long-time Hollywood executive's moves in the digital space. And essentially his point was "I'm not sure why he's doing the things he's doing, but you have to consider his track record."

While there are a few obvious exceptions, the past decade has shown us that being a successful television or music industry executive doesn't necessarily give you any special insight into what it takes to make a digital or new media business successful. Quibi only exists because it was able to raise billions of dollars of funding due to the track record of Jeffrey Katzenberg and Meg Whitman. But it's also clear that their blind spots have made it much more difficult for Quibi to succeed. Susanne Daniels had an impressive career in television. But I think it's fair to argue her run as head of YouTube Originals has brought some mixed results. Her television experience helped her develop programs for YouTube (like Cobra Kai). But she has the least amount of experience and knowledge with the part of the job that is the most challenging: getting people to pay for YouTube Originals.

So qualities does a traditional media executive need to thrive in the digital media space? Do you have to be intimately familiar with the products to be successful?

I'd love to hear your thoughts on this topic. Feel free to reach out on Twitter at @aysrick or email me at This email address is being protected from spambots. You need JavaScript enabled to view it.. 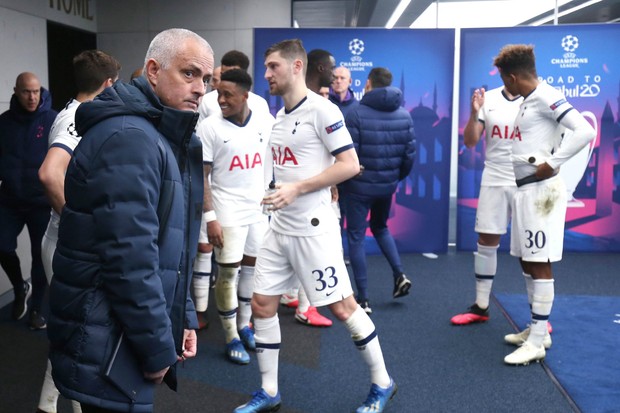 1) All Or Nothing: Tottenham Hotspur (Amazon)
Go behind-the-scene of Tottenham Hotspur Football Club during one of the most defining seasons in their history. Chairman Daniel Levy makes the mid-season decision to sack manager Mauricio Pochettino and hire Jose Maurinho. PLayers including Dele Alli, Heung-Min Son and Harry Kane fught to put the club amongst Europe's elite against the backdrop of the global cornoravirus outbreak.

2) Being The Queen (NatGeo)
The film focuses on important moments when the hidden side of the House of Windsor collides with the public life of the monarchy. The one-hour special is told through an incredible array of archival material, rare photographs and hundreds of hours of footage to showcase a treasure trove of intimate, rare and never-before-seen or heard accounts of Elizabeth II’s accession to the throne.

3) Planet Earth: A Celebration (BBC America)
Featuring new narration from David Attenborough and a newly-arranged instrumental track from Hans Zimmer (in partnership with Jacob Shea and the team at Bleeding Fingers), this exciting, adrenaline-packed journey to some of the most extreme environments around the world is breathtakingly beautiful – the celebratory trek inspires as all manners of species, sometimes endangered, continue to survive and thrive despite all odds. Within the score’s string section performed by the renowned BBC Concert Orchestra, and accompaniment on the grand piano by Brit and Mercury Award-winning UK rapper, Dave, the special is meant to elicit calm amidst the chaos as our global collective works to create community and heal itself from a devastating pandemic.

4) The 93 Victims Of Samuel Little (ID)
Samuel Little may not be the first name that comes to mind when thinking of serial killers, but he is one of the most prolific and elusive of all time. He was convicted of murdering four women but is thought to have killed as many as 93 women over four decades. For the first time ever, viewers will have exclusive access to investigators, stories from families and chillingly detailed descriptions from Samuel Little himself.

5) This Joka With Will Smith Series Premiere (Quibi)
In the show, Smith plays host to a diverse guest list of comedians, ranging from up-and-comers to legendary performers. This Joka showcases their stand-up sets and will feature one-on-one conversations between Smith and the comedians plus docu-style moments shot backstage and around Vegas.