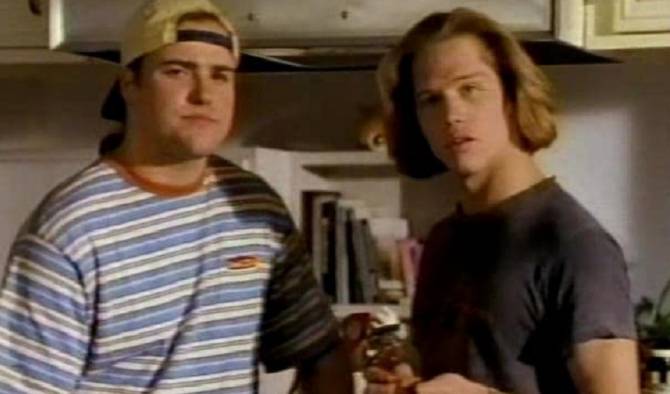 When people share their memories of MTV, one of the most common complaints is that "MTV doesn't play music videos anymore." While that is a true observation, it is also true that once MTV became a cultural phenomena and (more importantly) a cash-printing machine, its fate was sealed. MTV depended on easy access to the latest music videos and the hottest acts. And once music labels got over their shock about the growth of MTV, they realized they had all of the leverage. MTV ultimately needed the music labels more than the labels needed MTV.

So by the early 1990s, the labels were already playing hardball with MTV. Demanding fees for access to the latest hot videos, setting conditions on how their acts could be covered and the shape of potential interviews. It was clear to MTV executives that relying on a steady stream of music videos would be a mistake. So the rush was on to create original programming and while most of the networks efforts focused on game shows and reality programs, MTV did experiment with several original scripted programs. Most notably, the criminally forgotten Dead At 21.

Created by newcomer Jon Sherman, the series centered on the story of 20-year-old Ed Bellamy (Jack Noseworthy), who discovers that he was experimented on as a child. Microchips were implanted in his brain that made him a genius. The downside is that the chips will kill him when he's 21. Oh, and the people who experimented on him are terminating the project and now want him dead. So he's on the run, accompanied by his friend Maria (Lisa Dean Ryan). To make matters worse, he's framed for murder and is now being pursued by not only by the police, but by the mysterious hitman Agent Winston (Whip Hubley). Ed and Maria travel across the country, searching for the mysterious Dr. Heisenberg, who might be the only person able to save the teen's life.

Ryan and Hubley were by far the best-known actors on the show, with Ryan having just come off of stints on Doogie Howser, M.D. and Class Of '96 and Hubley coming off of the drama Life Goes On. But the cast also included Adam Scott in his first television role, playing Dan, a fellow genius who is murdered in the pilot. And let's not forget David DeLuise (Jesse, 3rd Rock From The Sun, Wizards Of Waverly Place), and Patricia Healy (Days Of Our Lives, Port Charles, Profiler)

Dead At 21 isn't a perfect show. Some of the dialogue can be clunky and the relatively small budget for the show is sometimes obvious. But overall, the series is well-acted and the half-hour episodes move along at a properly frantic clip. As is befitting a MTV series, the episodes are jammed with contemporary music, ranging from Guns N Roses to Nirvana. And that music-heavy soundtrack is likely the reason why the series has never been released on DVD and isn't even available on YouTube.

I've included the pilot episode below from an unlisted YouTube page, but there's no guarantee it will last long.